When I applied to Energy Corps, I unknowingly applied to multiple positions at the same time. You see, I didn’t understand it was a national program. After this was clarified for me, I went ahead and ranked my positions in order of preference. The two I applied two in Pennsylvania were first and second, followed by a Montana position. The Texas position I ranked down at the bottom in fourth. If you’re reading this you probably know which one I received. The truth is I had no idea what I was doing when I ranked them. Energy wasn’t my background, and I was certainly apprehensive about moving to a state I associated with cowboys of both the football-playing and horse-riding variety. Hindsight being what it is, I could have ranked Texas on top based on weather alone; for 8 months out of the year it has some of the best, so long as there’s some rain every so often. All joking aside, it has been a wonderful year in San Antonio, and, as I imagine many of my Energy Corps colleagues feel, it was a year with many ups and downs.

I have the distinction of being the only Energy Corps member to serve in Texas. That’s nice and all, but if my job was to have a direct impact on people, that same distinction wasn’t always helpful. That fact, combined with the relative newness of the NCAT office here in San Antonio has meant that most of my job has entailed what might be called “capacity building.” I checked the “Community Energy Organizing” box a lot on my time sheets. Basically what I’ve tried to do is help other organizations that already exist, or are coming into existence, and to achieve my impact through them. Lots of networking, lots of meetings; I did not weatherize a single house, and I can’t measure my service by kilowatt hours saved. I did however bring several different organizations together and foster a number of new connections that should benefit everyone in San Antonio.

I also wrote five teaching manuals for my fellow Corps members. They took longer than anyone thought and they occupied the majority of my time from mid-April through the end of July. Writing them was a great experience, and I’m optimistic they’ll remain useful long after my term is over.

I hopped on board with the EcoCentro program at San Antonio College. EcoCentro is a new urban sustainability center that’s opening this winter. All year I’ve been in charge of the community outreach program. I’ve recruited volunteers to help build a website, held a series of public presentations with a variety of local speakers, and helped to position EcoCentro as a leader in the San Antonio community. When I arrived I was told EcoCentro would open in April. Then it was July, then September, then finally January. It’s disappointing that the opening now falls beyond the end of my service, and not having the buzz of a new venue may have hurt my outreach efforts.

I could never have predicted what my time in Texas has been like. It just goes to show that an Energy Corps term (and AmeriCorps in general) is largely what you make of it, wherever you are. I’m proud to have been a part of Energy Corps, and it has been great to see my fellow members succeed. To everyone at NCAT and in Energy Corps, I wish you all the best. Stay in touch, and I suspect I’ll see some of you again later on down the road.

Taylor was the first Energy Corps member to serve to NCAT’S San Antonio office. His duties revolved around helping the city of San Antonio become a “greener” city. He received his B.A. with a Major in American History from Dickinson College in May 2012. He is an experienced blogger and in summer 2011 he interned at the Susan B. Anthony Birthplace Museum in Adams, MA, where he researched and wrote articles for the museum newsletter. 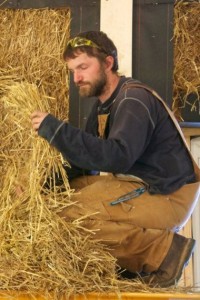 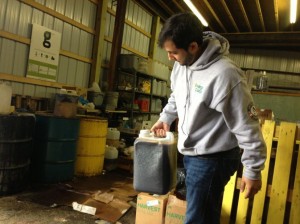