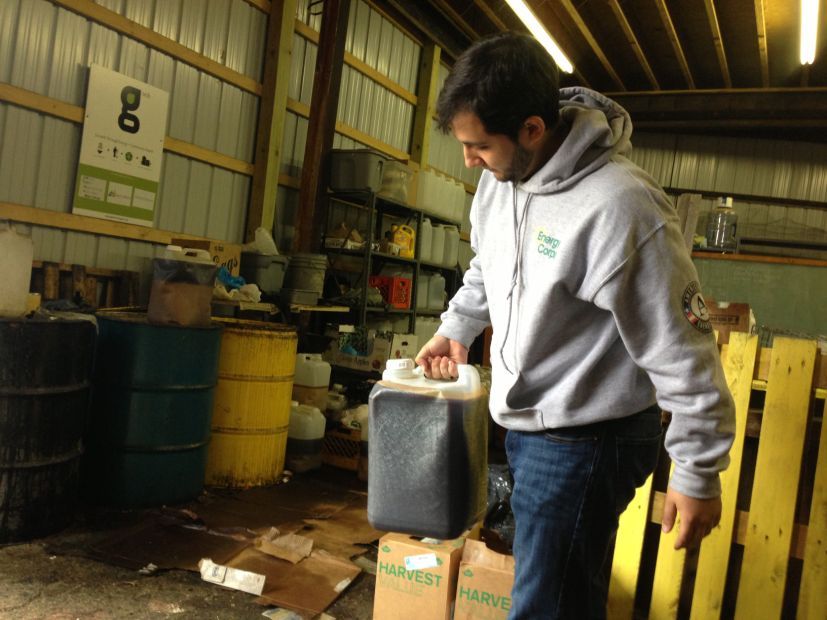 It’s under-regulated, fiercely competitive, and has yet to find equilibrium. The market has only recently emerged for waste vegetable oil – attracting entrepreneurs and already established businesses of all sorts to the playing field.

Just yesterday, I read that a biofuel company conned the US Government out of over 10 million dollars by switching the labels on low-grade biofuels to make them appear to be the genuine article, ready to pump directly into your fuel tank. They were only caught when they filed for bankruptcy this year.

Another case of vegetable oil banditry took place in Philadelphia, where a man was arrested for attempting to run off with an entire barrel (that’s 55 gallons, roughly 400-500lbs when it’s clean) he stole from an Uno pizzeria. The man claimed he used to collect their oil before their new collector, Buffalo Biodiesel, penned a contract with the restaurant.

Point is, if it’s valuable enough for some people to risk jail-time over, you’d better believe there’s a bullish market built around it.

GTECH, my host site, has helped to create this market in Pittsburgh – and we’re beginning to fall behind. Due to our small standing in the exploding marketplace, we can’t offer money in return for waste oil from restaurants. We have to carve our piece out from festivals, community fish fries, and other special events that don’t offer repeat business except once per year. Our remaining restaurant partners are loyal to the ReFuel program I’m a part of, but it’s mostly for reasons of mission and coinciding business principles.

For example, Cure and e2 are two farm-to-table-local-produce-only restaurants and are two of our most loyal clients. Whole Foods, as well, has proved a valuable ally in oil collection, as the residential collection bin they host in their parking lot brings in more oil per week than any of our other clients to date.

The fact remains, ReFuel is currently not competitive enough to remain in the restaurant market for long without some serious revisions to our strategy and business practices, but we are certainly willing to change. However, we have certainly succeeded in our mission in helping to turn waste vegetable oil into a commodity, while simultaneously helping to build a market for straight vegetable oil as a fuel source in the Pittsburgh region.

In order to remain a positive force in the realm of waste-to-energy, ReFuel is shifting focus towards more education (which is great news for me, an environmental education major) and collecting oil from households instead of businesses. Home collection is tricky – you can’t just go door to door, ask for oil, and hope to be anything close to cost-effective. The current model we have is exemplified by Whole Foods – a big, yellow, plastic bin in which people can place their oil. We then come and collect it once per week. Our other home collection bin is located at a community garden called Frazier Farms, named after the street it’s on. Though the kale in the permaculture setup is nearly 5 feet tall, the amount of oil we collect from them is scant in comparison.

We recently partnered up with the Pennsylvania Resource Council to take part in their “Hard to Recycle Events.” Typically held in a large parking lot, HTR allows people who normally don’t have convenient access to recycling services for things like televisions or polystyrene to drive to a one-stop drop-off site. HTR moves from place to place, and occurs several times throughout the year. Our first foray into HTR will be in a few short weeks, and we hope it will prove fruitful! This kind of exposure could be exactly the shot in the arm ReFuel’s residential operations need.

We also hope to get more residential collection bins like the ones at Whole Foods and Frazier Farms in more places. Both of our current bins are fairly close together relative to the rest of Pittsburgh – getting more exposure, placing new bins, and informing the public of them is the next step in building a residential waste oil collection infrastructure.

Why collect vegetable oil? Well, for one, straight veggie oil burns 85% cleaner than traditional diesel. Last year, ReFuel collected 6,080 gallons of used veggie oil, helping to keep an amount of CO2 equal to 2,708 trees yearly consumption. Vegetable oil also causes an incredible amount of damage to sewage systems. In July, a block of congealed cooking oil and napkins was discovered in the London sewers. It weighed in at over 13 tons, took 3 weeks to clear out, and another 6 weeks to repair subsequent damage. Recycling vegetable oil isn’t just a way to create alternative fuel, it helps cities prevent costly maintenance and repairs on their sewers and prevents water contamination. One gallon of oil can contaminate up to 1000 gallons of water. Read that ratio one more time.

Residential collection is the last nut to crack in the cooking oil recycling bag.  The restaurant market is now competitive enough to stand on its own legs, but most US cities (if not all) still lack a coherent and robust infrastructure for collecting veggie oil from homes. ReFuel’s foray into residential collection could go a long way to finding a workable system that can be replicated elsewhere. A lot hinges on the success of the Hard to Recycle events for our plans to move forward with residential – but even if we are successful there, it will be calculated baby steps that will move us forward and bring the nutcracker’s jaw baring down on this one last nut. One bin at a time.

Dan Certo graduated from Allegheny College in December of 2012. He engaged kids about systems thinking using aquaponics. Highlights included building an aquaponics system from scrap materials, and improving recycling rates on campus. Dan will be working with Gtech Strategies on their Refuel Initiative. His duties will include collecting waste vegetable oil (WVO), identifying additional sources of WVO, increase public participation through education and outreach, and contributing to the planning and development of the Refuel PGH program. 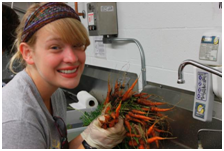 The Possibilities are Endless