So Much More Than Data

Read about Evan’s transition into his second year of service with Energy Corps:

When I made the decision to move to Helena, MT from Little Rock, AR to serve a second term with Energy Corps I did so with the belief that the similarities in work would be relatively minor, if not entirely nonexistent.  After all, I’d be going from educating individuals about the benefits of home energy efficiency to doing energy use analysis for the Montana Department of Environmental Quality (DEQ).  For whatever reason, I couldn’t see how those two positions could overlap beyond their general focus on energy.  As it turns out, in the first two months of my time here at the DEQ I have found myself leaning heavily upon the skills that I developed in the 11 months prior.

As I mentioned earlier though, I certainly did not expect for that to be the case.  When I interviewed for this position, my impression was that most of what I would be doing would be very high-level, macro-focused work.  And by and large that’s turned out to be the case.  Over the past couple of months I have built, edited, and organized so many different spreadsheets that I’m fairly certain the excel grid has been forever burned into my eyes.  When I compare that to what I was doing in Arkansas (meeting with homeowners one-on-one, performing deep dives into individual energy needs, speaking with electric cooperative members about their highly localized energy needs, etc.) the two positions seem on the surface as though they couldn’t be more different.  In retrospect, I really should have gone back and read some of my own writing.

Somewhere in between Little Rock and Helena, I managed to forget that data, in and of itself, is worthless.  Now, before I go on, there’s something that you need to understand about me: I absolutely love data in just about any and every form.  It’s why I’ve used a FitBit religiously since I received one as a gift a few years ago.  It’s why I’ve rated over 800 movies on IMDB.  It’s why I have a budget record on my laptop so thorough and complete that most German accountants would consider it excessive.  So please understand that when I say that data on its own is worthless, I do so in spite of the considerable amount of distress it causes me.  Instead, what’s important is the narrative that that data supports and that’s a fact that’s true regardless of whether or not your audience is a handful of cooperative members, or the entirety of the Montana State Legislature.

That particular lesson was one which was hard taught in my various interactions with the people of Arkansas (most especially so in my visits with high school students).  Ultimately, I came to the earlier realization that almost nobody wants to be presented with just the data.  That in order to get someone to care, they need to be presented with a story which is then supported by statistics and facts and all other kinds of evidence.  However naively, I assumed that that simple (yet enormously important) truth would change when dealing with state government and large groups of people.  I envisioned groups of analysts and economists such as myself all doing our best Sgt. Joe Friday’s and imploring “just the facts.”

So imagine my surprise when I went to open my first spreadsheet for documenting energy usage for the State Building Energy Conservation Program (SBECP) and in great big letters at the top of the file are the words “ENERGY NARRATIVE”.  It was in that moment that I realized just how wrong I had been about the work that I would be doing here.  More importantly though perhaps, that was the moment that I realized that even though this is my first position working extensively with data as a (alleged) professional, at the end of the day, every past experience I’ve had whether it be in sales, or communication, or in energy advocacy is just as important to the work that I will be doing over the next year as my ability to construct and analyze a kickass Excel document. Evan Harper graduated from Austin College in Sherman, TX with a BA in Economics and a Minor in Mathematics in 2014, after which he spent a year at the London School of Economics. Prior to joining Energy Corps, Evan researched how power dynamics affect pollution rates. Evan completed his first Energy Corps term in August on 2015 with the Ouachita Electric Cooperative Corporation in Little Rock, Arkansas in a program promoting improved energy efficiency through home energy retrofits and investments. This program year, Evan is serving with the Montana Department of Environmental Quality analyzing energy data and educating stakeholders on energy codes.

I’m ready for you Montana! 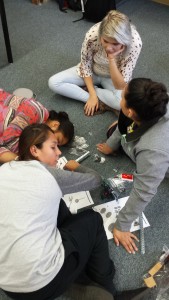 The Right Time for Energy Corps