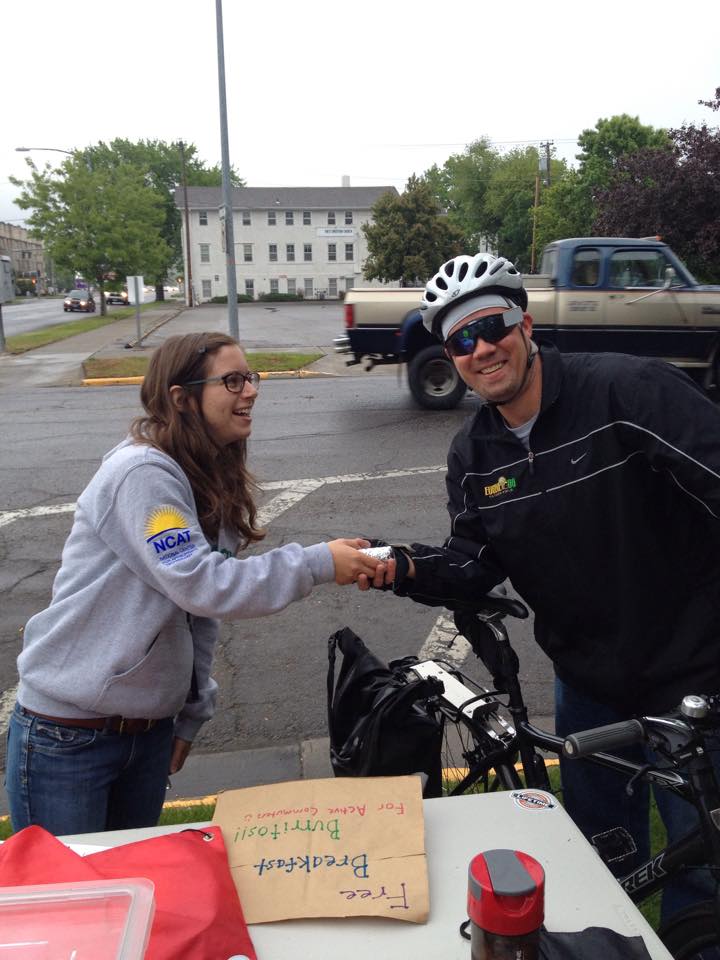 Read about Elyse’s event filled month of May:

May is Bike Month! As part of Bike Month, Billings TrailNet is partnering with several local organizations including the city planning department, the transit agency, the health department, and one of the hospitals to put on the Commuter Challenge. During the Commuter Challenge, we are asking Billings residents to bike, walk, bus, or wheel to work and errands during the month of May. Those who log their trips at mtcommuterchallenge.org are eligible for an incentive card with discounts and freebies to more than 20 local businesses as well as prizes!

Last year, in the inaugural year of the Commuter Challenge, we had 147 participants. This year we have over 230! The growth has been exciting and I hope it can be even bigger next year.

Here’s a few things that I think have helped us be successful :

1.       Despite the common perception, there are actually a fair number of people who actively commute in Billings. For some, it may be their only option and for others it’s a matter of choice because of the health or environmental benefits or just because they enjoy it. Getting current riders to sign up can help make a successful Challenge.

2.       Being flexible-other communities focus solely on biking to work but for many reasons biking to work may not be an option for people in Billings. Some live too far to bike, others don’t have a safe route, others have family obligations, others have to travel long distances during the work day. Whatever the reason, some people prefer to walk or bus to work. Others drive to work but are willing to actively commute to errands which may be closer to their house.

3.       The incentive card and team competition- Having an external reward for participants has made the difference for some when deciding whether or not to sign up. Some people are already biking and so don’t see why they should sign up but then are convinced by the incentive card. Others enjoy competing against other local businesses and sign up for the rivalry.

Perhaps our greatest success so far was Bike to Work Day.  When I woke up at 5am it was raining. After that, I couldn’t go back to sleep so instead I got up and started preparing for our Bike to Work Day event. In partnership with Lucky’s Market, Billings TrailNet offered people biking, walking, busing, or wheeling to work free breakfast burritos. Leading up to the event, we sent out a press release and the Billings Gazette, one of the radio stations, Billings 365.com (a local online event calendar) and two local news stations said they would cover the event! Still, I was nervous that no one would show up because of the rain! I was worried for the fate of our 40 breakfast burritos.

Nevertheless, our first bike rider came just before the event started at 7:30 am. By 8:30 we only had about 10 breakfast burritos left and in the end we could have even used a few more! In the best story of the morning, one of our volunteers handed a burrito out to a man who said that he had been riding down that street to work since the 80’s and it was the first time anyone had thanked him for it!  Another said that he probably wouldn’t have braved the rain had it not been for the promise of free breakfast. In the end, everyone who got burritos very much enjoyed them and all the volunteers said it was a fun and successful event! 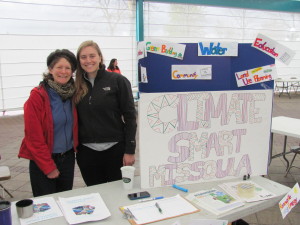 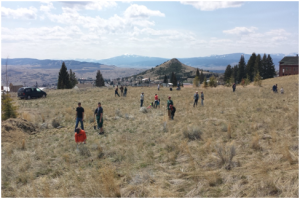 Engaging the Community with Activities