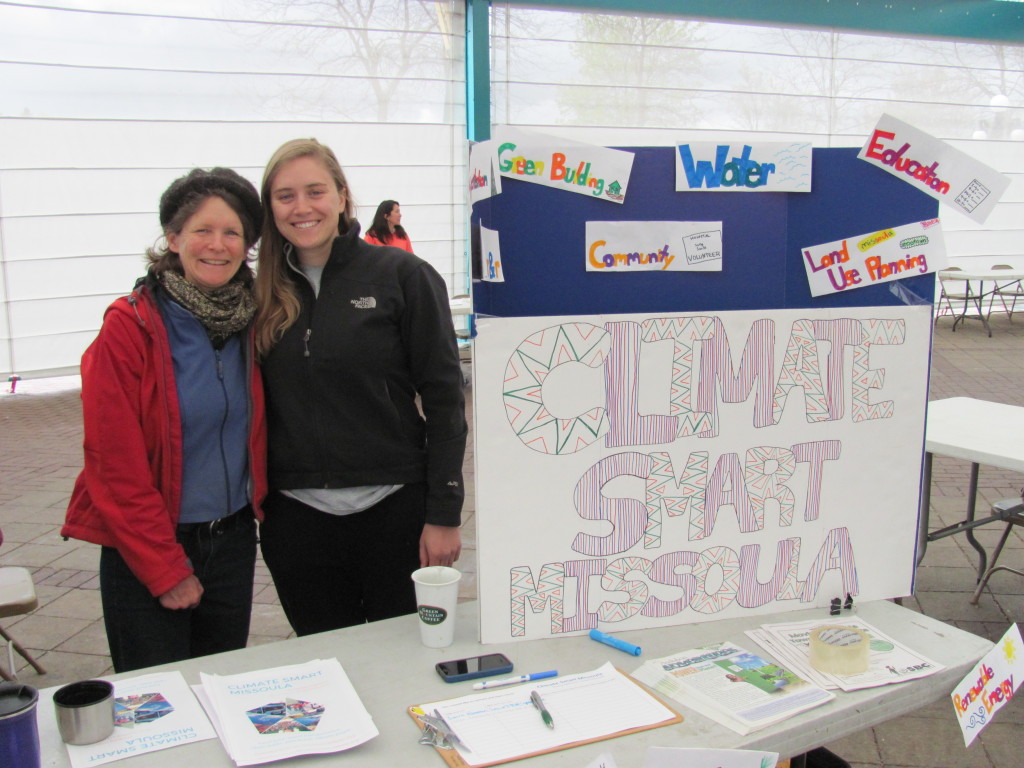 My excitement leading up to Earth Day over the recent weeks was tempered with a few recent work related setbacks. The community climate initiative that I’ve been working very closely with, Climate Smart Missoula, heard from a major grantor that we were not selected. The news felt like a major blow to the leadership team, forcing us to recalibrate our fundraising plan and action steps moving forward. In addition to this much more concrete and tangible obstacle in my community based work, I’ve been fighting a more amorphous resistance in my municipal based work. Despite completing our carbon emissions inventory update in February, we have not yet been able to present our findings to the City’s leadership team or to City Council and the Missoula public. With the Mountain Water trial going on for the past several weeks, it was understandably difficult to occupy someone’s attention on anything but the trial. The expansive responsibilities of municipal government are something I understand and believe in, but at times I struggle with accepting the pace of progress.

It turns out that Earth Day, and the days surrounding it, were exactly what I needed to recharge and feel rejuvenated for the final half of my service term. Everything started off on a high note, when the University of Montana’s Sustainability Coordinator leaked in a meeting that the University had achieved their first reduction goal of 10% below their baseline, met through a combination of energy efficiency projects and offsets. I was able to help them ring in the good news the following day at the campus-wide Earth Day Celebration. The University’s adept maneuvering and ardent determination in pursuit of the goal was inspiring and encouraging.  Building on this momentum, I attended a screening of the documentary, “Merchants of Doubt,” at the International Wildlife Film Festival, which was going on in Missoula. Discussing the deception and misrepresentation of science by big industry, the film delved into the issue of climate change skeptics and deniers. While at times depressing, the film ended on a positive note with a resounding call to action. I left the theater feeling incredibly happy that I am able to work on climate related issues each and everyday. It’s work that I find fulfilling despite the setbacks, and I’m proud to do it.  Feeling much more buoyant than I was just a few days earlier, my week of Earth Day related events ended in Caras Park with Missoula’s annual Earth Day Festival. Representing Climate Smart Missoula, I shared our table with a colleague’s young daughter and her friends, who four years ago formed a group called “Save Our Amazing Planet,” or S.O.A.P. The girls range in age from 13 – 15, and their dedication to environmental issues truly shocked me. They had baked muffins and were distributing them for free – with a catch. Anyone who took a muffin also pledged to do something good for the planet that they didn’t already do, and the girls had a list of 30 + ideas for anyone who claimed they already “did everything they could.” From using reusable bags at the grocery store to buying shampoo in bulk to going zero waste for a week, there were ideas for both beginners and the most committed environmentalist. As I listened to them discuss their group’s initiatives – like independently organizing a summer camp and donating all of the proceeds to an environmental non-profit – I couldn’t help but feel encouraged. If these kids were excited, engaged, and optimistic, couldn’t I do a little bit better, too?

I couldn’t have asked for a better week of Earth Day events. It was exactly what I needed to feel renewed and excited for the final four months of my service.

Caroline Lauer graduated from Harvard University in May of 2014 with a degree in History and Literature. She completed course work at the Graduate School of Design, and hopes to pursue a Masters of Urban Planning in the near future. Caroline is serving with the City of Missoula this year, updating their greenhouse gas emissions inventory. 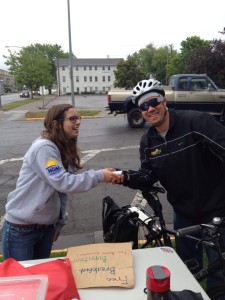