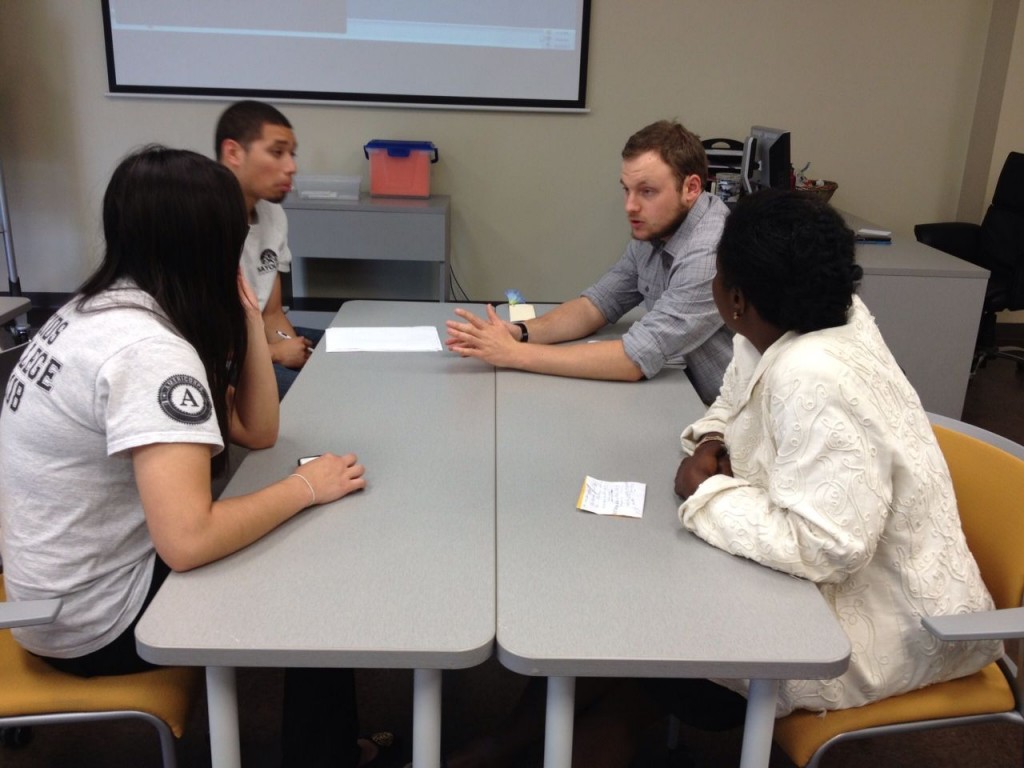 Workshops in the Making, an AmeriCorps Week Opportunity, and Ethanol Fuel

Taylor Bye, Energy Corps member with NCAT in San Antonio, shares what is going on in Texas.

The recent weeks have seen a fundamental change in the pace of my Energy Corps work. As many of you may know, I am the first Energy Corps person to be stationed in Texas, and so I have had to largely hack my own path through the tangled jungle of sustainability issues. However, out of that I have crafted a strong program for myself this year, with multiple projects. Now, with the arrival of spring (the mercury hit 95 this past Monday – sorry Butte) my projects are coming to a head and new opportunities seem to present themselves weekly.

The most important of these is the series of public workshops I have been planning for the EcoCentro Urban Outreach Center at San Antonio College. Back in January I initiated a campaign to get to know the local neighborhood associations and community groups. The hope was that they would show interest in sustainability and would give me enough feedback to help us plan the best possible workshops. What I desired most of all was for them to tell me what topics they wanted to see. It gives me great satisfaction to say that, while is and will continue to be a work in progress, that effort has essentially produced the topics for the first few workshops and publications. Currently we have set dates for the first two; they will be on rainwater catchment and solar power. We also have our venue and are in the process of lining up presenters. The theme underlying all of these workshops is to make sure attendees are receiving a practical and realistic education on each topic. We also focus on local resources and issues that affect individuals’ ability to implement sustainability measures in their own homes. With this in mind, we are seeking to source all our presenters and speakers locally.

There are two other opportunities I would like to share, the first of which first occurred last Saturday. As part of AmeriCorps week, I was invited to participate in a panel of other AmeriCorps members here in San Antonio do discuss my experience and to network with High School and College students and graduates interested in AmeriCorps. I should mention that this was completely out of the blue – I had no idea this event was happening and to my knowledge, neither did NCAT. It appears the organizers tracked me down of their own initiative (not necessarily an easy task when my office phone number has an Arkansas area code). It was a great event, well attended, and the panel was a pretty diverse group of speakers. It was a great opportunity not just for me to talk about the benefits of AmeriCorps and how great a program Energy Corps is, but it also forced me, for the first time, to have to sum up in a neat little package of coherent sentences what my experience has been like in San Antonio. Both the fact that I was invited to this event in the first place and the act of preparing for it have sort of proven to me that I’m having an impact. When I was first here in town I had an utterly terrible time answering the question “what does Energy Corps do?” Now I have some real examples of my own.

The last little piece of information I will share today is an upcoming opportunity. For some time now I have been captivated by ethanol as fuel. I am a wrench-turning, Hot Rod -subscribing, drag race-watching gear head and have struggled for the past few years to square my love of such things with my environmental beliefs. As such, when I first started reading about ethanol, I found it intensely fascinating. I already knew ethanol was a great performance fuel (Indy cars run it exclusively) but I didn’t fully understand the emissions benefits, of which there are many. Then I discovered the Shell Eco Marathon, a fuel mileage race in which student teams compete to achieve the highest fuel mileage. There are different categories for battery power, alternative fuels (including ethanol), regular petroleum fuels, and even hydrogen and solar. The best gasoline cars exceed 1,000 mpg. That is not a typo. I sent in a proposal for me to attend the event, held in Houston April 4-7, and ATTRA has graciously said yes. From this experience and other research I will produce, among other things, a case study of ethanol as fuel and how it can be exploited by farmers. As a second motive, I will keep tabs on a high school team from San Antonio who are entering a solar car for the second consecutive year.

Taylor is the first Energy Corps member to serve to NCAT’s San Antonio office. His work revolves around helping the city of San Antonio become a “greener” city. He received his B.A. with a Major in American History from Dickinson College in May 2012. He is an experienced blogger and in the summer 2011, interned at the Susan B. Anthony Birthplace Museum in Adams, MA where he researched and wrote articles for the museum newsletter. 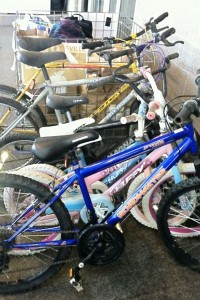 Getting Sustainable Transportation to those in Need