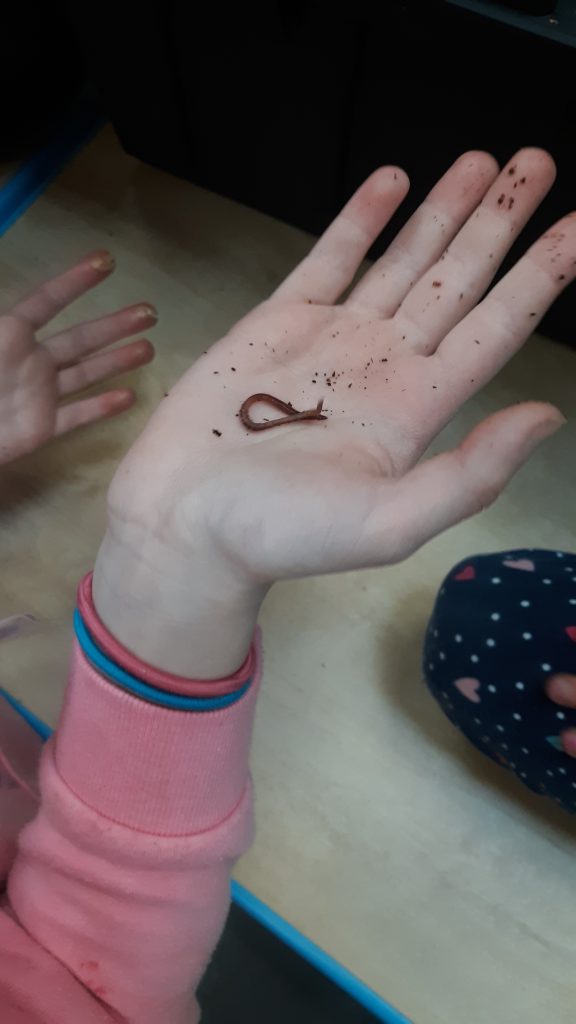 When setting up our mysterious items, it’s impossible not to attract an audience. Over the past three weeks I have observed that the Lewis and Clark School Elementary School library is a happening place. Kids from all grade ranges file in to explore what new adventure they will embark on as they carefully select their next book. However, over the past three weeks, their eyes have been distracted as they try to sneak a peek at the atypical arrangement of tables and what covers them. You can hear the barely audible oohs and awws and the voices of a few brave ones as they urgently whisper to one another about the exotic pieces on the table and the stories that connect them to the piece. The whispers slowly die down as teachers instruct them that it’s time to check out and go back to class. You see them line up and file out of the room and swing their heads around for one last look before rounding the corner.

It’s quiet now but the bell rings and you can hear the busy feet moving through the hallways beyond the door. A new group starts to enter. These are the “older kids” full of mostly composed 3rd graders, the grade previously described to me as the “Wednesday” of elementary school. However, they are accompanied by a boy and twin girls from 2nd grade. Eight students in total come into the circle of tables and, while maintaining a sense of poise, casually glance around the tables and at each other. A few recognize one another and slowly start to group together but it’s time to start.

Week one, our native Montana wildlife and some unexpected excitement.

Today’s lesson was dreamy, as we played an interactive camouflage game, recognized different forms of prey versus predator adaptations, successfully matched 15 Montana animal skins to their images and habitats, and started the final section of the lesson; skull and dental formulas. For a first lesson, it couldn’t have been going better until, “CRUNCH”! I turned to see one of the twins holding her hand over her mouth, the other with her jaw dropped looking at her sister. The first twin looked at me, I looked at her, I started “was that…” she held out her hand and my question was answered. I glanced down and there was a single tooth, I looked up at her grinning face, four of her front teeth were now missing and there was a thin trail of blood running down the corner of her mouth. The entire conversation shifted to the tooth fairy. The buzzing excitement of putting the tooth under her pillow completely overthrew any talk about how to determine prey versus predator species based on eye placement. Parents started to show up and everyone slowly filed out of the room still buzzing about the day’s excitement.

Week two, all about owls and the connections made.

Everyone gathered around and we started the lesson with a game. Owls primarily rely on their keen auditory abilities to find prey, so we blindfolded one of the students and the rest danced, dove, and dangled around the “owl” student as he/she reached out in an attempt to seize prey. After a couple of rounds, we shifted to looking at the other key features of these amazing birds, and that’s when it happened. Determined that the tooth-losing event had completely overshadowed the lesson, I was tickled to death when I asked them to look at the pictures and tell me what they could observe about these birds. They came back with things like “their eyes are in the front of their head so they are a predator”, or “they have special camouflage patterns unique to their habitat to help them blend in”, or “they have beak adaptations to help them eat meat.” They were making the connections and using the words! Our next activity yielded some shrieks of excitement and moans of uncertainty as we started to dissect owl pellets. We talked about where the pellet is formed and how, we also talked about how it is a sign of health not a sign of sickness, and then they went in to see what they could find. As parents arrived they were met with various bones and tufts of fur and feathers as students eagerly stuffed what was left of their pellets into a brown paper sack to take home.

Everyone filed in one last time; I passed out the snack and divided the students into two groups. I had confidence in them and wanted them to explore. I gave each group a pile of photos and asked them to sort the photos out; unannounced to them, the images were animals from the Yellowstone ecosystem and would create a food chain. At first, my confidence was completely lost because they started to sort the images by the background color. However, they changed their minds and started to sort them by prey and predator, then by habitat, then by species, and while it may have not been perfect I could hear and see them thinking. They were helping one another and talking about why they were sorting them in a particular way. I then introduced them to the food chain and asked them to make the chain, knowing they didn’t have all the pieces they needed, I wanted to see if they would recognize what was missing and they did! I gave them photos of the sun and soil and introduced them to decomposers. “I don’t even know what decomposers are?” one of the twins yelled. But before I could answer, the others chimed in and they started to teach and share with one another. By now, the lesson was leading itself. They were troubleshooting, working to create the perfect food chain. We brought in some decomposers and talked about how they completed the cycle, some of them held worms while the less enthused observed and laughed about worms doing “the worm.” Parents started to come in and one by one everyone left and as they left I could hear the kids telling the story of what they learned.

The lessons may not have all gone “according to plan” but that in itself is learning. My biggest take away is that the connections students make to each lesson are unpredictable.  However, even if the students cannot recite the lesson objective verbatim, doesn’t mean you were unsuccessful in reaching them in some capacity. I am sad that my time with this particular group of students has come to an end, but excited for what is to come and to keep learning and growing in this position. 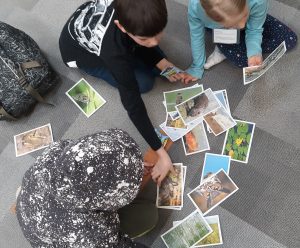 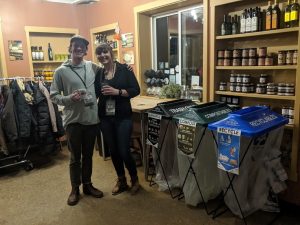 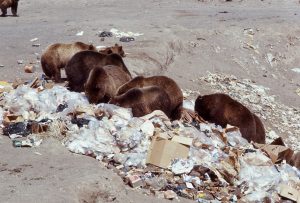