The Power of Uncertainty

From the beginning of our time on earth, humans are delighted and stupefied by one thing that brings us together. One thing that makes the game “peek-a-boo” so thrilling to infants across cultures, the thing that makes children and adults stare in wonder at a magician pulling a rabbit out of nowhere. The thing that grows in the pit of our stomach when asking someone to prom for the first time, and gnaws at you while you are sitting in the waiting room for a job interview that could change your life. Uncertainty is that one thing, and climate science, along with these many life experiences would be significantly less impactful without a strong backbone of uncertainty.

Uncertainty is essential to the mental toolbox that a scientist must bring to the table when tackling climate change issues and figuring out how to deal with them. By leveraging the uncertainty that others feel about the changes that are going through the environment, scientists can look at past patterns and get a good idea of where the future is heading, but without thinking about that which they do not know, they will not be as prepared for the potential future of the planet.

The only problem with relying on the existence of uncertainty is that at the moment, a very large portion of the solution remains uncertain, and in order to find the answers, the scientists need a certain degree of, well, ‘certainty’. As Farber and Carlarne comment in their book, “the problem is that despite very sophisticated and extensive efforts by scientists, the residual area of uncertainty remains substantial” (Farber and Carlarne, 2018, pp.13). When there is as much uncertainty as there is at the moment, it becomes difficult to act. Right now we are in the beginning stages of learning and experimenting with the climate and how to act in a way that will create positive changes but we may not have enough time to see if the decisions we make will pay off, and I think that is the most difficult part of this puzzle.

As important as uncertainty is for the scientists who are trying to figure out how to solve the problems that are constantly multiplying, it may be even more important for the policymakers and lawmakers who are making the ultimate decisions about how to deal with climate change for us as a species. There are several questions that arise when talking about the ethics of climate law and what we owe to the future generations that will be using the earth after we are done with it, (that is to say if we even owe them anything) but the fact remains that the policymakers are making big decisions based on a small amount of data and a lot of guesswork.

Although uncertainty can be problematic for scientists and policymakers alike, this does not mean it is less important to their work.  Having a degree of uncertainty brings a bit of algebra to the equation. I don’t know about you, but even though I admit I didn’t pay enough attention in algebra class, I do know that no matter how impossible it may seem to solve for the unknown ‘X’, there is (almost) always a way. In the case of climate change problems, the uncertainty is our “X” and although it may be frustrating, it means that there is still something to solve for.

In conclusion, uncertainty is hard to pinpoint as a ‘good’ or ‘bad’ thing, because although it can be a hindrance, it can also be extremely helpful in opening up new avenues of thought and can help the thinkers among us create new innovative strategies toward success. Do you think that having a degree of uncertainty can open up pathways for new questions? Try to think back to a time when you tried to figure out an answer to a problem but the answer wasn’t clear until you let yourself look at the problem in a new light. I’d love to hear about your experiences! 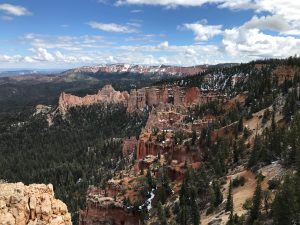 Picking Up the Personal Slack Through Service 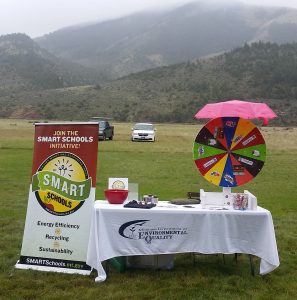