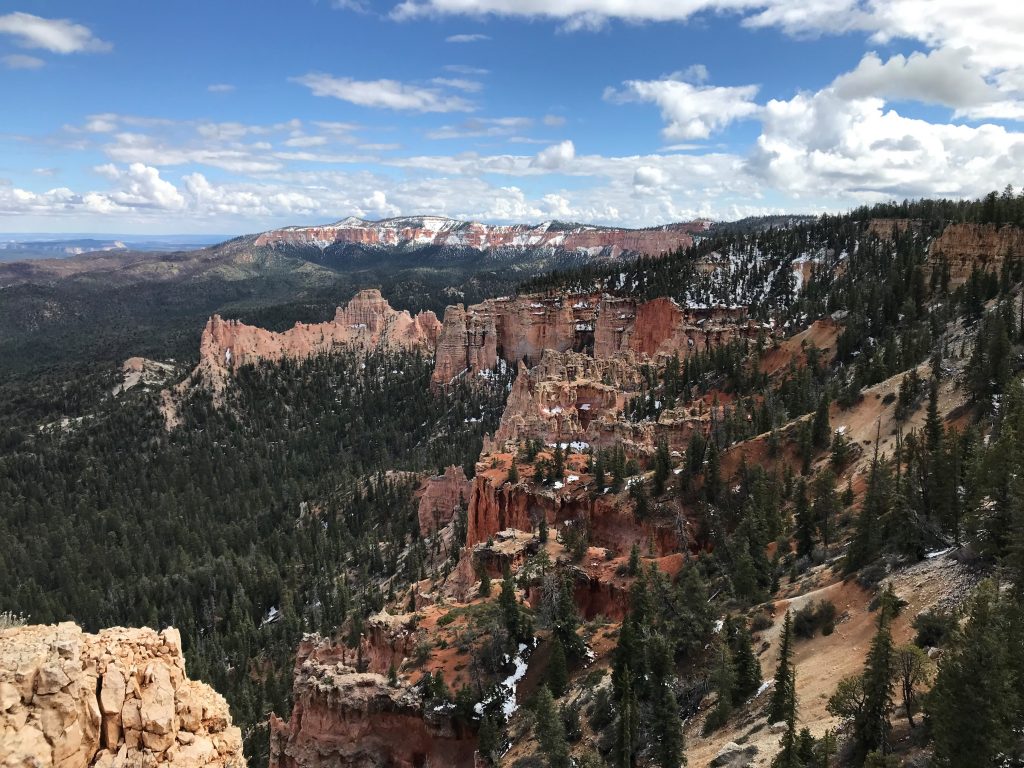 Picking Up the Personal Slack Through Service

Taking time off from work has been useful in seeing how my AmeriCorps experience has altered my perceptions and attitudes towards certain things. I’ve just returned from a week-long road trip through Wyoming, Idaho and Utah, where I got to observe the vast geological phenomena of the Western half of the United States. After spending weeks studying up on renewable energy projects and initiatives, unexpectedly seeing a solar panel array either on the highway or in a national park gave me a short burst of glee and appreciation. On the opposite end, after meeting with Energy Corps members weekly to discuss community sustainability initiatives within our host site, seeing a sole wrapper or lost article of clothing on the side of a trail sent through me a rush of rage and disdain towards the human population. It’s an odd balancing act of noticing both the positive efforts made to combat climate change at a small scale, and the blatant or accidental disregard for the wondrous bounty of Earth that we’ve been provided. It also points out the act of combating the negligent behavior of individuals with the efforts of larger organizations to bring about a net positive outcome, or at least prevent additional contributing to a tainted environment. Sure, a singular piece of litter won’t lead to the demise of the National Park System, but that’s probably the mentality that millions of individuals held before there was a giant vat of plastic twice the size of Texas currently floating in our ocean somewhere. I’d rather not think about how much carbon emissions were produced by all the cars and planes used by tens of thousands of eager travelers to get to these parks (myself included), but perhaps if enough people are inspired enough by what they encounter to want to help preserve the earth we inhabit, it might be worth it in the long run.

…is what I tell myself to sleep at night, at least.

It’s been a large talking point in mainstream environmentalism that individuals taking actions won’t be enough, and larger scale organizations and corporations need to play a larger role in reducing their environmental impact. AmeriCorps is significant in that aspect, where one can aim to bring about positive change amongst a larger group of people to make up for whatever may be lacking in one’s own personal settings. As much as I’d like to believe my individual efforts of cutting back on my meat consumption and reducing my use of paper and single-plastic this past year have been well-intended, I’m constantly met with the discouraging sites of countless empty soda bottles and several pounds of deer meat within my kitchen, left by my roommates who outnumber my sustainable mindset nearly 5 to 1. The only way for me to cope with the frustrations with myself and my less environmentally-passionate household has been to continue developing my case study of Montana’s renewable energy landscape and its accessibility as an alternative home energy source for low-income communities. With only a month left of my service, I’m responsible for analyzing the data from stakeholder interviews I’ve conducted, writing a final report of my findings with strategies and recommendations to accompany it, and doing a final webinar presentation as a training for all interested parties. The past five months have led up to this point, where I will finally have the chance to take the skills and knowledge I’ve accumulated and produce something that will fulfill the AmeriCorps mission and plant the seeds for bringing clean, affordable energy to low-income communities in Montana. If I’m successful, I can be proud to finish my term of service knowing I took action to increase sustainable impacts at both the personal and organizational levels, and have the tools to continue to do so in the years to come. 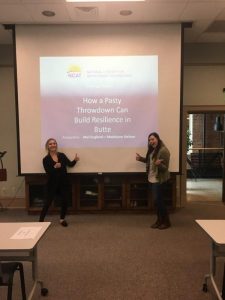 The One Where Madelynn and Mel Present

The Power of Uncertainty