The More You Know When I say sustainability and ecofriendly the first things that probably pop into your head are thoughts like “recycling”, “alternative energy”, and “locally-sourced food”.  The last thing that pops into your head, if it makes it there at all, is “green chemical practices in industrial scale manufacturing”.  At least, if you’re anything like me that’s how it goes.

Montana State University Northern’s Advanced Fuels Center researches, as the name implies, advanced fuels made from Montana grown crops.  Now advanced fuels doesn’t necessarily mean biodiesel, which is what I thought when I started serving here.  No, advanced fuels is so much more than that.  It is any additives or bulk fuels that are being put into some sort of engine and are derived from natural sources.  That being said, derived from natural sources doesn’t necessarily mean that said derivation is as natural and friendly as the starting material.  In fact, it’s quite the opposite.

Take biodiesel for example.  You start with your oil seed.  That can be anything from canola, corn, algae, or, our favorite, Camelina sativa.  Depending on what type of seed you’re using, and I emphasize that there is a wide range of seeds you can use, you have to factor in how intense it is to grow.  Maybe your seed is really labor intensive because it’s not conditioned for your growing climate.  Or, even worse, maybe your seed is really water intensive.  And then there’s the added factor of food competition.  Do people also eat said seed?  What does that mean for your production and competing markets?  That’s why we like Camelina sativa.  Camelina is a winter cover crop in Montana that literally grows like a weed.  It doesn’t require much water or labor and it rotates quite nicely with wheat and barley.

So now you’ve grown your seed and you’ve harvested it.  What next?  Well you have to press it!  We use Kern Kraft Cold Presses, which are machines that literally just grind down the seeds and press out the oil.  So here’s where you have to start factoring in your oil content and your seed hardness.  Remember, at no point in the process do you want to be putting in more resources to create your fuel than it’s eventually going to produce.  That’s why we use cold pressing.  But then there’s one more thing you have to think about.  This is the first time in our manufacturing process that we start seeing byproducts.  Sure, we’re getting the oil we need, but what about the meal we’re pressing out of the seeds?  For us, Camelina is an industrial oil seed.  This means that you can’t eat it, your cows can’t eat it, and our first idea for using this meal byproduct is down the drain.  Things to consider.

We have our oil.  At this point our oil undergoes its first and only chemical process.  This step is called transesterification.  We take our oil and we toss it into a reactor.  We then add methanol and a catalyst.  We shake it up.  We let it settle.  We’re left with two phases.  We’ve got our biodiesel floating on top.  Yay!  But we’ve also got another byproduct.  Sitting on the bottom is a layer of glycerin.  You now have to decide what to do with that glycerin.  Lucky for you, there are tons of industrial applications for glycerin.  Unlucky for you, you produce glycerin in about a 1:10 ratio to biodiesel.  That’s a lot of byproduct.  Also, methanol isn’t exactly something want to be messing around with.  Maybe you know it a little better as wood alcohol, or the thing that made people go blind and die during Prohibition.  Either way, this stuff is flammable, it’s volatile, and it’s toxic, which makes disposal of it a little difficult.  That doesn’t sound exactly friendly.

And that’s just a taste into all the factors that go into making an alternative energy green.  The Center doesn’t actually produce biodiesel anymore for reasons that I’d love to tell you about later.  We’ve moved on to aviation gasoline additives.  Aviation gasoline is the only type of fuel that the EPA still allows to use lead as an octane booster.  We’re looking for a Camelia-derived octane booster.  We’ve got the synthesis down, which means it’s time to start simplifying steps.  Less steps in a chemical process means less byproducts and less waste.  That’s where my research comes in.

I’m working on developing a heterogeneous organometallic catalyst to be used in the production process.  The idea of an organometallic catalyst is that it not only reduces the amount of energy needed to make a reaction occur, but it’s also reusable.  Unfortunately that second caveat is rarely the case.  Because most catalysts are in the same phase as the reaction, and therefore homogenous, they have to be distilled out in order for the product to be retrieved.  The distillation step adds another costly step and also risks catalyst deactivation.  Not only that, but homogenous catalyst are much more likely to cause heavy metal contamination.  For obvious reasons, heavy metal contamination is rarely preferred.  A heterogeneous catalyst can be filtered out very simply from a reaction and, therefore, is greener.

So there’s a little insight into the wonderful world of greener manufacturing practices.  Prior to coming to the Center I rarely gave any thought to the practical application to the chemistry I’ve spent my academic career studying.  Now that I’m here, I’m realizing that there’s a lot more to energy conservation than just changing the light bulb or installing exterior wall outlet insulation.  There’s also the practices behind manufacturing those products.

So there you go.  The more you know, the smarter, greener choices you can make. Alexandra Jones recently graduated from Washington and Lee University with a B.S. in Chemistry. She spent the summer of 2015 working for The Nature Conservancy of Eastern Idaho conducting research and assisting with ranch labor. Alex serves as the Bio-Energy Educatory at MSU Northern’s Bio-Energy Innovation and Testing Center. She assists in curriculum development for a 2016 summer science camp in addition to educational outreach efforts including tours of the center, biodiesel learning seminars and science fair education opportunities. Alex will also be responsible for completing a research project involving Camelina and woody biomass sources used for bio-based jet fuel. 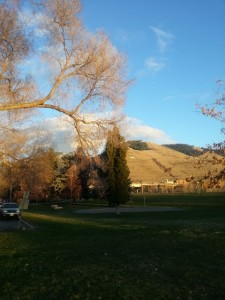 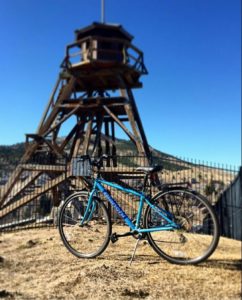 The Commuter Challenge is Here!