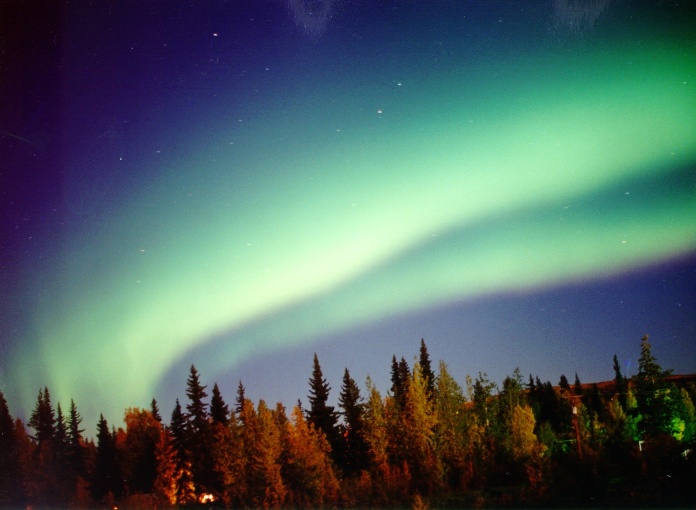 The Aurora Amidst the Flora

Although Havre, Montana is a quiet area with affable folks, sometimes it is host to a spectacular, one-of-a-kind Night Show. On the 27th of May, 2017, my friend Ben gave me a call around 11:00 pm. He sounded excited to be sharing the news: “There is an Aurora happening right now! If you step outside you’ll be able to see it.” Just a few weeks before, I happened to notice a picture of the Aurora on his kitchen calendar. I asked what it was and he began to describe the phenomena. Now, I would be able to see it in person.

I hurried, put on my sweat pants and hoodie, ran down the stairwell of my apartment and headed to the edge of the hill that overlooks the north of town. I looked up, there was a dim band of light stretching across both ends of the sky. I tried to rub my eyes to see clearer when I looked up again, but I could tell that the light pollution was limiting my vision. After waiting  for a few minutes for Ben to show, I decided to head back to my apartment. I got back and two minutes later he was at the door, catching his breath from the run. We walked toward the scene again and, after much talk, we decided to head for the lights.

It was around 12:00 am when we exited the town’s stagnant ambience. We noticed an anomalous blinking traffic light in an intersection, drove over the bridge and onto the road. No light was to be seen  except for a trivial source on farmland in the distance. Ben was driving carefully to avoid colliding with wildlife, while I strained my vision to guide us, looking for rest areas. We finally halted on the roadside, stepped out of the Ford Focus and began to breathe in the placidity of the area. It was there: we had reached a fair point to view the Aurora in its panoramic view.

The time was almost 1:00 am and Ben began explaining what I was looking at. He shared some views from an acquaintance who had joined him for an Aurora view before. He recommended we wait into the night (or should I say morning?). “It should reach its peak from 2 to 3,” he said. Waiting in anticipation, every 15 minutes or so we would rest in his vehicle for about 2 to 3 minutes while being vigilant for any sky activity. Within the first 15 minutes of our arrival, we spotted a light behind us. We immediately assumed it was a vehicle heading our way. We sat in the car and turned our blinkers on, it was a Police Officer. As in any normal scenario, we identified ourselves and informed him of the night’s phenomenon. Without further time to waste, he took off towards Canada.

As the time approached 2:00 am, it suddenly happened. Activity in the night sky began to orchestrate into a light show. It was as if someone opened the curtains for a show to begin. We were in awe! Snake-like, illuminated pathways began to take course simultaneously across the lightly dimmed sky. For the hour that would follow, the lights would occur at erratic paces, to the point where light stretched and heightened right above our heads.

I laid on the ground right in the middle of the road, deeply contemplating and grasping the moment, while Ben was enthused in euphoria.

P.S.  I never got back to the traffic light part. On our way back in town, almost all traffic lights were inadvertently going berserk. Ben was assured that the Aurora had affected the energy system. 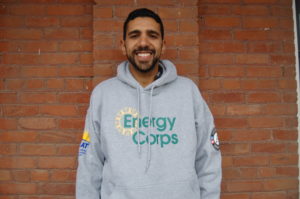 Mohammad Moustafa has an educational background in ethics, business and management. In recent years Mohammad has sought to incorporate environmental science knowledge into his professional experience. Mohammad will be serving at the Montana State University Northern Advanced Fuels Center and will assist the research scientist and their associate in the development and management of new science content, school summer activities, science camps and learning seminars. 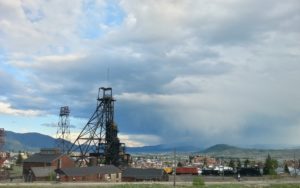 The Adventure Continues In A New Town 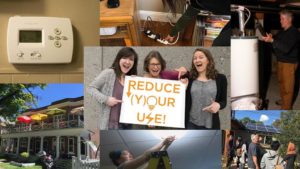