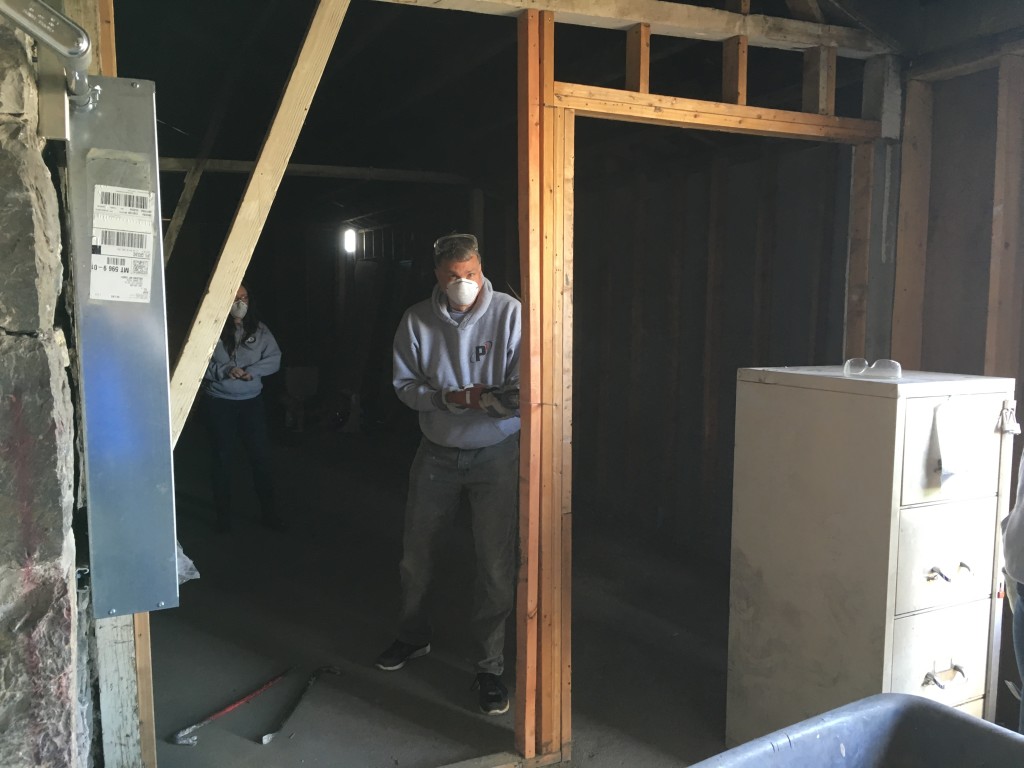 Tear Down that Wall!

Read about Remy’s first week in a second AmeriCorps term:

Energy Corps members arrived at the Helena Habitat for Humanity Restore bright and early at 8am on a chilly Wednesday morning for our first day of activities during the 2016 Serve Montana Symposium.  After brief introductions with the 40 or so total AmeriCorps volunteers there, we divided up into work crews.  I initially volunteered for the insulation crew but was bumped to a two person wrecking crew.

Christine Hutchison, a Justice for Montanans member serving at the self-help law center in Helena, and I were tasked with tearing down portions of an old wall.  We quickly manned dust masks, hammers, crowbars and a Sawzall.  The blade was a bit dull on the saw but we still made quick work of cutting through the old 2×4 framing.  But as with most tasks/projects there are the easy parts and the hard parts and we soon encounter the harder part of this task.  Based on the craftsmanship and the size of nails in the old wall it is safe to say, that whoever built it was determined that it would never come down.  But no matter how big the nails it still succumbed to our determined efforts to rip it apart in relatively short order.

A hard lesson I have learned in my own remodeling projects and in many other endeavors is that the destruction part is always so much easier than the building or rebuilding part.   When I write this I can’t help but think how it seems that our world is now caught up in a cycle of destruction from suicide bombers, to mass shootings, to countries bombing their own citizens, to natural disasters cause by global warming and wonder how will they ever rebuild it all.  I suppose the Helena Habitat for Humanity staff had a similar “how will we ever rebuild it all” moment on a more personal level when an arsonist set their building on fire.   As in Helena, communities around the world will have to find a way to come together to rebuild when destruction hits and volunteers everywhere will no doubt play a vital role.

In most situations it is not difficult to determine who or what caused the destruction and placing blame is common practice in most societies for all sorts of reasons from criminal prosecution to insurance coverage and so on.   However, it is also human nature to not want to accept the blame or at least all of the blame.  There is a concept in law called contributory negligence which attempts to distribute blame proportionally amongst more than one person which embodies our desire to avoid blame.   In my previous AmeriCorps VISTA position as the Big Horn Basin Food Hub Coordinator in Lovell, Wyoming, I made the mistake early on of mentioning the potential market opportunity in the area for “organic” crops to a group which included some farmers who were raised on Roundup and they reacted in a hostile manner.  At the same meeting I also made the mistake of mentioning that the typical school district in Wyoming loses an average of $100,000/per year on its food service operations and suggested there was perhaps room for improvement.  Well you can guess who took offense to that.  Needless to say my primary message was lost and some relationships were never repaired.  To avoid blame people often are willing to ignore or dismiss the facts, science and data to the extent they do not even want to have a discussion about how to improve things for fear this will lead to being blamed.   Don’t get me wrong I fully understand why we do not want to accept blame.   When you accept blame you should be prepared to at least attempt to rectify the harm done.  However, to be fare in many situations as those mentioned above there is no clear path or actions to take to rectify the apparent harm.  For example, if there were a simple natural substitute to chemicals that produced equivalent yields I am sure many if not most farmers would choose the natural products.

In conversations with our young Energy Corps members about my Climate Resilience in Agriculture Research project I was compelled to say; “I need to apology for my generation’s destruction of the plant that your generation will have to figure out how to rebuild.”   So now what? Remy Cline graduated law school in 1982 from Kansas State University. He then spent the next ten years working in a private law practice and some rental property investment and development in Idaho. Remy attended a Master of International Management Program and then traveled to Hong Kong to complete his Mandarin Language studies. He spent the next fifteen years in Hong Kong working at his own start-up companies in the tech sector. Most recently, Remy has spent the last 18 months working on a Food Hub development project in Wyoming writing grants, completing a feasibility study, and developing Food Hub Business Models. For part of that time, Remy served as an AmeriCorps VISTA member, as the Food Hub Coordinator. Remy will be serving at NCAT in Butte as the Sustainable Agriculture Researcher and Educator. He will research and publish information on climate resiliency in sustainable agriculture, conduct greenhouse research for urban agriculture settings and present some of his findings to different audiences during his term.

Mid-Service – A Time to Reflect 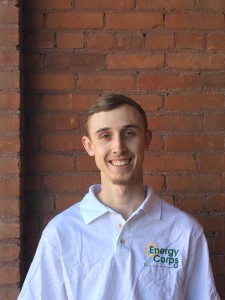 Moving to Montana, House and All