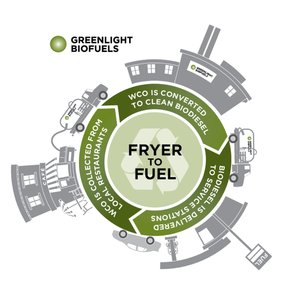 No More Riding Solo: The Greasy Cavalry has Arrived

But ReFuel, my program, just got itself a new business partner in Greenlight Biofuels, giving us a huge edge in the unruly market by granting us the ability to finally offer cash for the oil we collect from restaurants. As a result, my role has shifted a bit. While we are still strongly focused on residential collections and expansions, it’s now a necessity for us to begin attacking the restaurant front again. We’re aiming to elevate the skirmishes and scruffs over turf into an all-out war – and we finally have the artillery and firepower to back us up.

Allow me to drop the metaphor and explain a bit.

As stated in my previous blog post back in September, most restaurants get paid a pretty penny for their oil. Most get a percentage of whatever the spot price is of yellow grease (the commodity name waste vegetable oil on the Kansas City market) paid once every quarter. At the time of writing, spot price is at a scant $0.23/pound, but I’ve seen it go as high as $0.36. Sounds like chump change, but that adds up quickly (one gallon weighs 7.7 pounds). The average restaurant goes through around 120 -150 gallons of the stuff per month (some do that in the span of a week), with larger restaurants sometimes surpassing 250 gallons without a fryer-heavy menu. (I heard that Wholey’s Fish Market, famous in Pittsburgh, goes through over 5000 gallons a month and gets a premium from their collector for pumping out the volume.) Before, ReFuel never had the resources to snag the larger clients, as restaurants that produce large amounts of oil tend to get paid more as a kind of insurance that they’ll renew their contracts with their collectors. During a ride-along with one of Greenlight’s “salesmen” (we use that term loosely – we aren’t selling anything, we’re buying the oil. We just haven’t thought of a better term yet), I watched as an agreement was penned with a tortilla chip factory that supplies a large number of restaurants around the city. 3500-4000 gallons a month expected. You say “grease,” I say “gravy.”

Many of our competitors are extremely litigious. Greenlight has gained clients from other companies who threatened to sue their restaurants for producing less oil than they stated or estimated they’d produce, going so far as to actually accuse these restaurants of giving the oil away. One store owner told me a story about trying to switch from one company to another, only to spend over $3000 in legal fees in order to negotiate and terminate his previous contract in favor of another. These are incredibly short sighted business practices on the behalf of the collectors (who shall remain nameless, as fun as it is to bash the competition sometimes!), and Greenlight is beginning to see the market shift yet again towards customer service and away from thinking about nothing but the bottom line. This bodes incredibly well for a service like ReFuel, especially since we are now backed by a larger company with plenty of (sustainable!) resources.

Greenlight has also been extremely helpful in helping us to purchase necessities to keep our operation running. The public collection bin at Whole Foods has been overflowing recently, growing in popularity since the time of my last blog post. So, what did Greenlight do? Snagged us a giant bin capable of being filled with hot water and hosting a Jacuzzi party right in the Whole Foods parking lot is what! With the bin at Whole Foods being replaced, we have the opportunity to move the previous bin somewhere new. Travis, my supervisor and former Energy Corps fellow, is now free to go after municipalities and attempt to install new public collection bins in far flung corners of the greater Pittsburgh area, and we already have a meeting in Mt. Lebanon, the town where I grew up, slated for February. My term runs out 13 days after that meeting. We plan on going after Pennsylvania’s Department of Environmental Protections Act 101, a piece of legislation meant to provide grants to institutions and municipalities that launch new recycling programs, to try and secure funding for the project. If my last big accomplishment of my Energy Corps term is beginning a recycling program in the town I called home for 20+ years, you can bet I’ll be one happy, greasy, clean-burning camper.

Word to the wise: diesel fuel might be more expensive than gasoline, but did you know that diesel engines last an average of 250,000 miles? Yeah. On average. And they require less maintenance because diesel (and biodiesel in particular) leaves far less particulate matter and gunk behind when it’s combusted.

I’m definitely going diesel when I get my next car.

Dan Certo graduated from Allegheny College in December of 2013. He engaged kids about systems thinking using aquaponics. Highlights included building an aquaponics system from scrap materials, and improving recycling rates on campus. Dan works with Gtech Strategies on their Refuel Initiative. His duties  include collecting waste vegetable oil (WVO), identifying additional sources of WVO, increase public participation through education and outreach, and contributing to the planning and development of the Refuel PGH program.

The Resolve to Serve 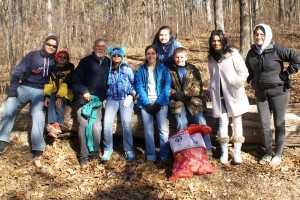