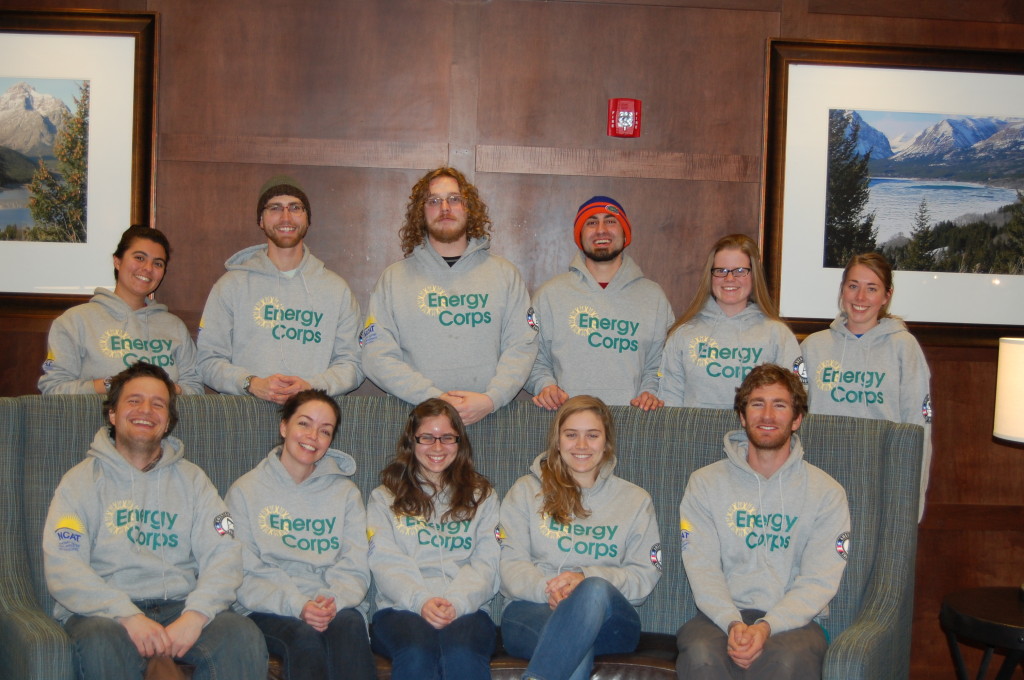 Read about Rob’s experience weatherizing the second time around;

The week I spent weatherizing homes with Energy Corps was my second time installing these items as an Americorps member. I first participated in the Warm Hearts Warm Homes project with Montana Conservation Corps (MCC) and find it interesting to look back and compare the two experiences.  What remained a constant in this type of service is that no two homes are the same; houses built side by side are exposed to the wind differently, have experienced different levels of maintenance and renovation, and endured varying degrees of vandalism. The greatest unifying characteristic, however, was that regardless of the chill flowing from drafty windows, every home remained warm with the love and welcoming spirit of its residents. I have never met more positive individuals than those who face the greatest adversities.

Browning is a difficult place to live; crime is high, a hasty government built shoddy homes, the wind is relentless, and jobs are limited. Despite these challenges, residents have so much laughter that they shared plenty with all of us.  I’ll admit that installing weather-stripping was a bit intimidating at first. During my first tour of weatherization, I avoided weather-stripping and focused primarily on window plastic or pipe insulation. What if I drilled holes in the wrong spot? What if I cut the pieces too short? What if my handiwork didn’t keep the wind at bay? I probably made each of these mistakes at least once, but I also learned how to correct these problems and complete the work. After just a few appointments, my partner and I became much more efficient at our tasks and developed an almost rhythmic routine. As with most tasks at my regular host-site, there is no better training than diving right in and learning through experience.  During this week of weatherization, I typically worked with just one partner. By the time we introduced ourselves to a client and assessed what work was needed, we needed to work quickly (and independently) to avoid being late for our next appointment. Most days we worked without any break at all – lunch consisted of a few mini muffins devoured while driving to the next appointment. With MCC, I worked with a team of three that included at least one weatherization veteran. Our schedule included more downtime between appointments, usually allowing for a run to the nearest gas station for a corndog and a chance to wipe the sweat from my forehead.  One hundred thirty homes don’t weatherize themselves and we couldn’t have reached that number if we took long breaks. Sometimes my partner and I would spend twenty minutes knocking on doors before even finding the right house – many homes lack traditional numbers, but if you ask a neighbor where “Joe” lives, they can describe his house’s trim color and decorations. Our time was also spent listening to jokes and stories, often confusing the jokes for stories until the punch line. I also met dozens of adorable, sweet dogs that always wanted to play while I installed materials.

How much time does it take to install weather-stripping when an adorable dog keeps dragging your supplies off of the porch? It doesn’t really matter because I always ended up spending even more time petting the dog!  With MCC I was challenged by Eastern Montana’s endless dirt roads and suspended phone numbers, but never by cuteness. One little puppy this time around was barely the size of my foot – I know this because she kept laying on it. Another puppy of similar size tried to nurse on my partner’s finger and I could barely contain myself. A playful pug-Chihuahua mix found it entertaining to drag my supplies off of the porch, piece by piece, while I worked. And then there was Cry Baby, a four-year-old pit-bull who made the saddest face whenever I’d stop petting her.  After meeting dozens of new people (and dogs!), I feel as if I was getting the better deal. I was learning about a different culture and having a great time and calling it “service.” We may have warmed our clients’ homes, but they certainly warmed my heart.

Rob Pudner has a degree in Environmental Studies from Green Mountain College in Vermont, where he became deeply involved with recycling operations. He was the head of the recycling crew, reestablished a composting program, and presented to first year students about proper recycling. One of his favorite projects as a student was establishing a campus free store to reduce campus waste. Rob is serving at Recycle Montana where his primary role is increasing the capacity of organization to assist service organizations working to provide recycling opportunities within their communities. He will be utilizing existing educational resources and developing best practices for recycling materials that can be presented to schools and communities throughout Montana. 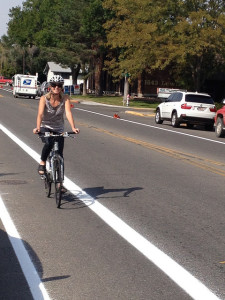 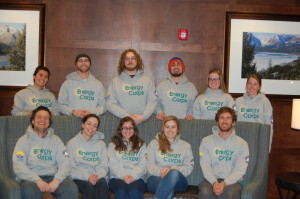 Three months of weatherizing in Montana