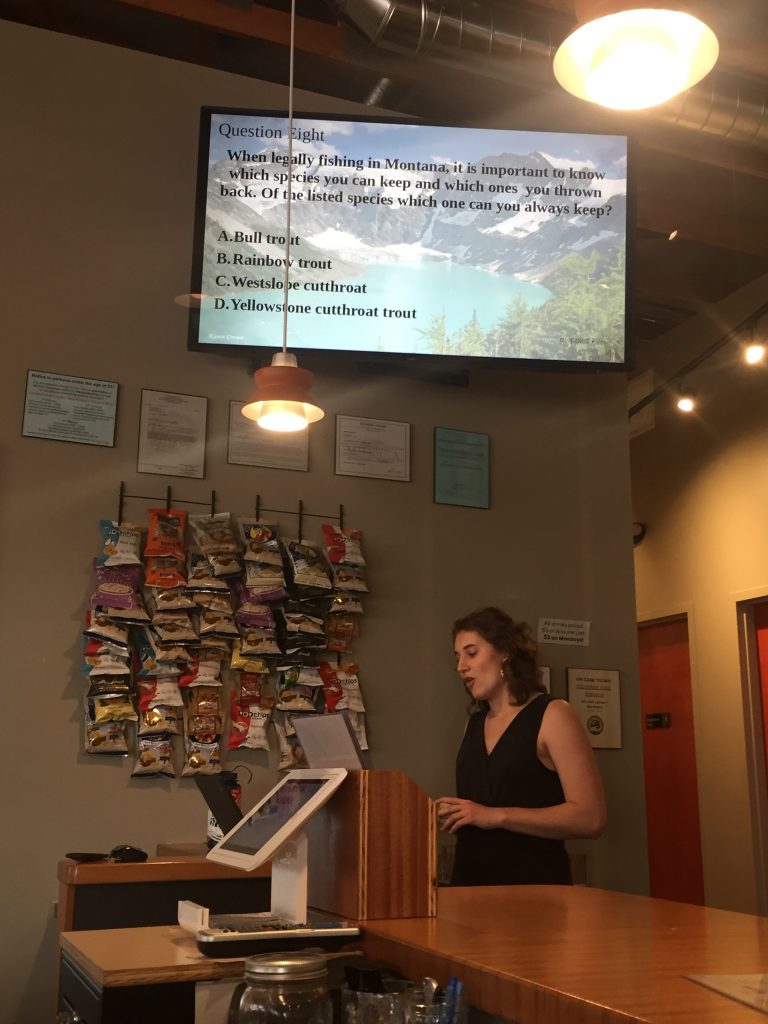 It’s Easier with a Smile

A sharp whistle pierced the air. I looked around the room. I could see their eyes fixed on the ceiling or staring off into the distance, some were leaning forward while others were laying back, it’s as though they were searching the room, looking for a written answer hidden somewhere amidst the architecture of the building. The tune was familiar, and a select few nodded, smiled, and scribbled something down. They continued to listen, however, eager to confirm the identification of the sharp whistle. Others were still staring, blankly now, their once wide-eyed searches had digressed into thin, wrinkled, slits, scanning the room, their neighbors, and their memory desperate to identify the sound’s origin. It was quiet, all that could be heard were the sharp whistles of the Western meadowlark.

It was Wednesday, March 11th, 2020. I’d loaded up magazines, posters, bird feeders, butterfly puddles, pamphlets, and score sheets. Score sheets I later found I did not actually pack and Sarah Bates, (Deputy Director, Northern Rockies, Prairies & Pacific Region), would have to deliver, (thanks again), all in preparation for the night’s trivia event! Winter had been long and while we were still being hit with the occasional snow flurry, I was sandal-ready and excited. It had been a busy five months; I’d been coordinating school visits, attending conferences, assisting Naomi Alhadeff, (Senior Coordinator, Montana Education Programs), during trainings, and planning -lots of planning. But it was finally spring, and with it came a new and vibrant energy, colors that I’d been longing to see were slowly emerging, we had so much planned for the upcoming months! Just since the beginning of March, I’d already traveled to Helena for the Montana Serve Symposium in celebration of the AmeriCorps 25th anniversary as well as the Free the Seeds Conference in Kalispell, a celebration of what gardening can really do for the environment. But as I said before, tonight was trivia night and we were traveling across town to the new Central Dram Shop, a local spot in Missoula. The ladies working that night were fantastic, beyond helpful, and seemed just as eager as I was for the evening’s activities.

I was nervous though. I wanted it to be a success, I had played the evening over and over again in my head, and finally being there, I was longing for it to live up to my expectations. With some troubleshooting, we were up and running. The PowerPoint on the big screen, the informational table set, looking sharp, the prizes on display, and Naomi seemed to be having a great talk with some folks about Montana’s native bees. There were a few familiar tables, gathered around them were my friends, running buddies, art buddies, past co-workers, and boyfriend. However, I was delighted when I realized there were more tables I didn’t recognize, asking for or accepting score sheets to participate in the night’s event. I thanked everyone for coming and joked that whether they realized it or not their attendance would be supporting the National Wildlife Federation’s Montana education initiatives and the night moved on.

“Spring is Hear”, the third of four rounds and probably my favorite. This round consisted of eight audio clips, mostly bird calls, but featured appearances from a Pacific Tree Frog, a Coyote pack, Pika, and bull elk. With or without a score sheet, everyone seemed to be listening. Leaning toward their neighbors whispering back and forth. Some showed signs of an agreement while others shook their heads, wrote something down, and pointed. Whether they knew it or not, whether they intended to or not, they were learning. They were engaging, discussing, disagreeing, talking, and coming to an answer, right or wrong, and it made me so happy.

Seven teams turned in score sheets, and over 30 people joined in. I gathered the sheets, tallied everything up, and announced the winners. Later I joined one of the tables, including my friend and her boyfriend who had been exchanging papers with a mystery couple, people I didn’t know. It turns out that one of the mystery persons was a retired teacher. You could tell, by that fact that my friend’s score sheet was riddled with smiley faces and phrases of encouragement. We laughed for a while and joked about the evening. I loved this, I loved feeling as though I created, for a short period of time, a community. A community brought together to spend time with one another and while disagreeing, could also encourage one another and laugh about it. I had taken concepts of conservation and environmental stewardship and created an event that brought people together who otherwise may not have engaged in such topics and this gave me a sense of fulfillment. However, it was getting late, I said my goodbyes, loaded everything into the portable wagon and pulled it out to the car. As I walked across the parking lot, snow whizzing around my head and my exposed toes bitten by the wind, I was happy and excited for the spring and more events like this one.

Thursday, March 12th, was a rude awakening. I walked into the office, went to my desk and sat down to begin service. We had three unscheduled meetings that morning, all of which seemed to be trying to discuss something that no one fully understood. I was horrified. I had entered this position with expectations and goals, things I “needed” to accomplish before leaving for my next chapter. But I had no control, it was as if this chapter had already been written for me by COVID-19, some malicious overseer, and now we all had to live through it. For the first several weeks I took the situation very personally. I was told we needed to be adaptable, something I thought I could handle, but this was a whole new level. I had no model, no past experience to draw comfort from, and neither did anyone else which added to my horror. However, I can now say that while I have not grasped an understanding of why, I have gained acceptance of the current situation. Some days are easier than others but when the bad days hit, I reflect.

I reflect on events like trivia night at the Dram Shop, school visits, workshop activities, and conversations that made me smile. Monday, March 9th was one of my favorite days. I was co-presenting a lesson with Soil Cycle on the energy cycle and decomposers. The kids sifted through their piles of soil, carefully observing the red wigglers disappearing under various clumps of compost as they slowly filled out their worm worksheet. I had been asked what the next step to the activity was. I looked down and smiled, “let’s read the next step and see”, she looked up at me, with a unicorn horned headband, a smile with such authenticity and said, “ I’m in Kindergarten, I can’t read that yet”, I tried not to laugh, I couldn’t tell if I thought it was actually funny or if the way she said it was just too cute, too sincere. Wednesday, February 26th I can recall walking a group back from the schoolyard after working to identify the biodiversity present in their survey site. I was bringing up the rear as a little boy skipped circles around me. I asked him if he liked coming outside, his answer, “I love it, but I don’t get to do it a lot at home because I don’t have a yard and my parents can’t come out to watch me, so I like it when you come and we get to go outside”. Thinking of these moments, and moments like them make me smile. So, as I stare at the white dot on the top of my laptop screen and into the faces of everyone else looking back at me through their monitors, I try to smile. While it has not been ideal, and it has not been expected, with these memories and the hope of making more, it’s easier with a smile. 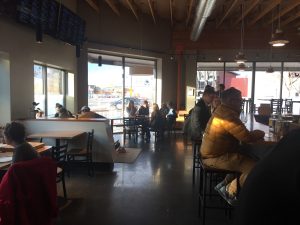 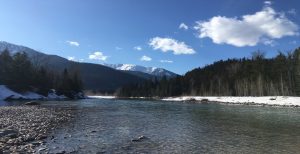 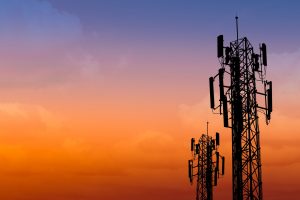 A Lesson from a Pandemic