When Hendrix College, my alma mater, built a student housing complex in the style of New Urbanism, I was fascinated.  New Urbanism is a design movement that promotes walkable neighborhoods containing a range of housing and commercial units.  Through strategic city planning, its adherents hope to reduce traffic congestion, increase the supply of affordable housing, and rein in suburban sprawl. For my college community, it meant that students who did not have a car had easy access to restaurants, shops, and recreation.  I knew little about sustainability at that time and even less about city planning.  But something about the movement simply clicked with me; its focus on building neighborhoods around pedestrians, rather than cars, and the emphasis on smart growth showed me that sustainability principals reached beyond recycling.  How we plan our cities has a major impact on the environmental and economic health of our communities.

Last week, the Applied Sustainability Center partnered with the University of Central Arkansas to host Chuck Marohn, the President of Strong Towns.  Building on Chuck’s experience in civil engineering and city planning, Strong Towns is a nonprofit that advocates for a new model of growth and city planning that creates financially resilient towns.  As the Strong Town website states,

“The American approach to growth is causing economic stagnation and decline along with land use practices that force a dependency on public subsidies. The inefficiencies of the current approach have left American towns financially insolvent, unable to pay even the maintenance costs of their basic infrastructure.”

During his visit, Mr. Marohn hosted a curbside chat at the Fayetteville Public Library, spoke with students at the University of Arkansas, and presented to approximately 150 city officials and planners during a 3 hour workshop.  Throughout his presentations, Mr. Marohn emphasized that our current pattern of development costs more to maintain than it generates for the local economy.  By focusing on investments in new infrastructure, we ignore the potential wealth that exists on our historical main streets. Cities are often eager to attract “big box” companies to their communities, using a combination of incentives and infrastructure development.  This pattern of development, however, encourages sprawl and is less adaptable if the business folds.  Traditional development patterns are more adaptable to changing business needs, generate more in property tax revenue on average, and are less reliant on automobile traffic.

One of the most encouraging things Chuck mentioned was the importance of citizen engagement.  He noted that change that came from the top could be “dumb but orderly”, while grassroots change could be “chaotic but smart.” Government officials are not always aware of certain community needs. Simply building a sidewalk and putting in a crosswalk could help a neighborhood become more pedestrian and business-friendly.  Residents in Memphis, frustrated that a highway cutting through their neighborhood had caused businesses to flee and housing stock to diminish, took matters into their own hands one weekend.  They painted street crosswalks, swept sidewalks, and invited local businesses and restaurants to showcase their products.  The event was so successful, that the city of Memphis took notice and made the walkway crossings permanent.  One year later, the neighborhood was thriving, and the city decided not to pursue a highway expansion.

The visit from Strong Towns reminded me that we don’t have to wait for the federal, state, or city government to take notice.  We as citizens have power to affect change and create more sustainable communities.  The current model of unrestrained development is short sighted, and ultimately harmful to our communities.  By investing smartly in city development projects, and encouraging growth that allows for alternative forms of transportation, we can build healthier cities.

Elana Harrison is a recent graduate of Hendrix college with a major in International Relations and a Minor in German. She discovered a love for environmental policy while working with the Sierra Club’s Beyond Coal Campaign. She also worked as an intern with the Arkansas Public Policy Panel, where she tracked environmental, energy, and water-related policy during the 2013 session. Elana is currently hosted by the University of Arkansas’s Applied Sustainability Center,  creating Energy Scorecards for municipalities around the state. She works with eight cities in Arkansas to assist with strategic energy planning as well as energy outreach and education. 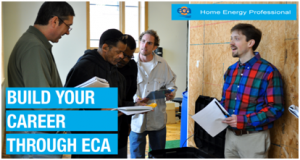 Building a Career in Energy Efficiency

The Conclusion of a True Learning Experience