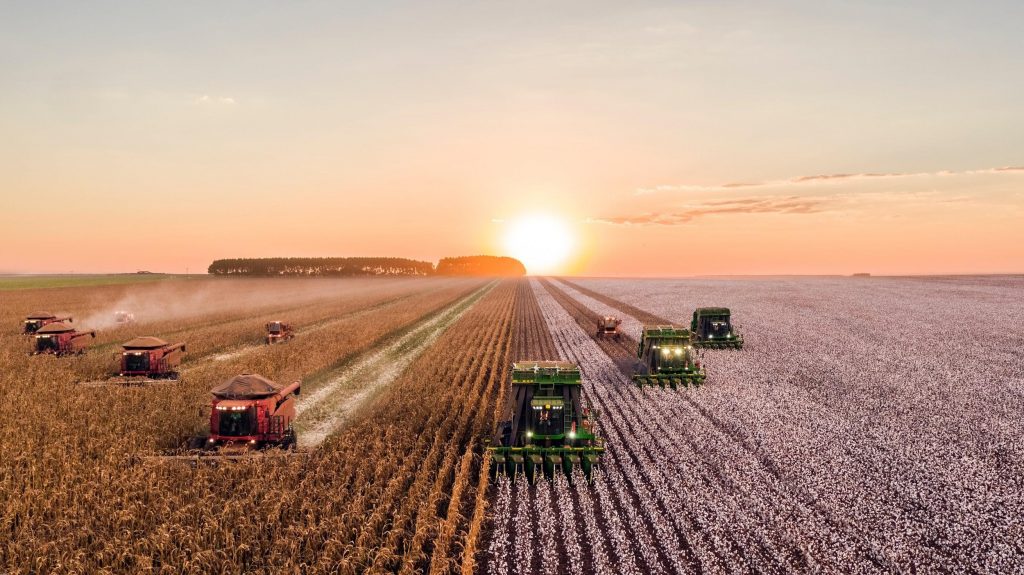 We all need one thing in order to survive: food. No matter where you go to eat or if you choose to cook food yourself and no matter which diet you choose to follow, the food you need to survive is dependent on the agriculture industry. From fast food to fresh farm to table food, everything is grown somewhere before it goes through a process that allows it to be transported to your plate.

I grew up in Southern California and although I knew that the middle of California had a large impact on the agriculture of the country, and had been to a few family owned farms as a child, I never really paid too much attention to what was happening in the agriculture world because it was not in my immediate span of attention. In my small world, my parents would go to the grocery store down the street and as far as I knew, that is where all food came from.

Once I moved to Montana I learned a lot more about agriculture, and I have realized just how much time, money, effort, and fuel goes into growing and bringing food to people all over the country. This is a system that we depend on, and a huge threat to this system is climate change. Climate change and agriculture are two things that unfortunately go hand in hand, and have been studied and discussed for almost as long as the debate about climate change has been going on.

I found and compared three articles about the impact that climate change has on agriculture, one from 1998, one from 2007, and one from 2019, and compared them to the findings of Stephen Schneider’s book, Climate Change Science and Policy, from 2009. Interestingly, even though the three articles span a twenty year time period, they all have a similar outlook: climate change is happening, and it is up to us to do something about it before the changes become so great that we cannot turn the negative impacts around.

Each publication also discusses what farmers and other agricultural workers must do in order to mitigate some of these effects. Schneider’s book says, “it is generally expected that farmers and other institutions will respond and, in so doing, reduce the costs or increase the benefits of the imposed changes…the qualitative consensus gives way to great disagreement and uncertainty regarding the quantitative impact that adaptation can have” (Schneider, 2009, p118). Each of the publications mentions uncertainty and the role that it plays when trying to decide what changes to make when it comes to climate change, however, I think that the article from 2007 made a great point about uncertainty, “uncertainty is often used as an excuse for inaction and can be inappropriately interpreted as a case of “no knowledge.” Scientists need to become better at quantifying and communicating uncertainties, whereas decision makers need to accept that fuzzy knowledge is better than no knowledge at all” (Howden, 2007).

The effects of inaction are apparent even in the short time span between the oldest and most recent articles that I looked at. In 1998, they concluded that “regional increases and decreases associated with climate change are not expected to result in large changes in food production over the next century” (Adams, 1998, p29). Less than 30 years later, however, we are finding that, “Climate change has posed a significant impact on crop production and livestock rearing. Studies showed that global wheat production is estimated to fall by 6% for each degree Celsius of further temperature increase and become more variable over space and time” (Mekonnen, 2019, p6). This shows that humans have an impact on the food production and we also have the opportunity to do something about it. If significant changes had been made in 1998, we may not be in as dire of a situation as we are quickly approaching today. This makes me wonder, and fear, where we will be at twenty years from now if we continue the path we are on.

Although the situation seems pretty dire, there are some small things we can do to help on a small scale. I encourage you to take a look at your own eating habits and see if you can identify anything you could be doing better when it comes to the food you eat. By taking the time to pay attention to the journey that your food had to make from the ground to your table, you may be able to identify small changes you could make to cut back on your part in the cycle. Is there a farmer’s market in your area? Does your city have any farms that participate in a CSA (community supported agriculture) program? Do you have any space where you live to grow your own produce or herbs? Can you write to city/state leadership to bring programs like these to your area if they are not already there? There are many things we can do in order to better our own health while lessening our impact on the environment, and while there is also a lot of time, money, and research that needs to be put into finding a solution (Schneider, 2009, p121), I think that if we all do our part it will be possible to make a difference. 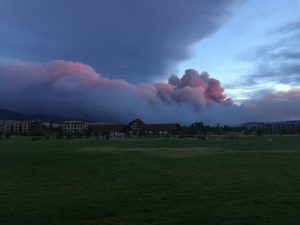 Smoky summer? We’re not waiting to find out. 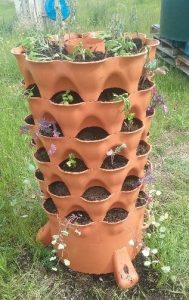 It’s Fun To Stay At The…