The Shell Eco Marathon in Houston

This is the first of two posts covering Taylor Bye’s activities at the Shell Eco Marathon, a vehicle fuel mileage competition held  in Houston this past April 5-7. Bye, a member with NCAT is San Antonio, spent part of  his time shadowing a local high school team competing at the event.

Started in 2010 by Dr. Joseph Dungan, a chemistry teacher at James Madison High School in San Antonio, the MadSCI program has grown steadily, bringing together students with a wide range of interests. According to the team Facebook page, their mission is “to interest high school students in STEM (science, technology, engineering, and mathematics) and find better and alternative energy solutions.”

The MadSCI team entered a solar powered car at the 2012 Eco Marathon. That car was known as Nova, and the team won the prize for “Perseverance through Adversity” from the event organizers. One year later they returned, with a new battery-powered car, and yours truly tagging along to see what all the fuss was about.

I first met them a couple of weeks before the event in their shop at James Madison High School. Multiple cars in various stages of completion, tables strewn with parts, and textbooks being used to support rear axles; the sort of organized chaos that seems to be the norm in every working shop or garage I’ve ever been in. They were in the middle of the thrash – the final, frantic effort to put together the car before the big event. I met some of the program veterans and spoke at length with Dr. Dungan. They had high hopes, considering how well they had done last year as a new entrant. This year, responding to some rule changes made by race organizers, they were switching from solar power to battery electric.

A few days later I joined them in Houston for the first full day of competition. They made just one run that day (Friday), and were having problems with the device used to measure how much electricity they used in a run. They finished day one disappointed but optimistic. Unfortunately, their situation did not improve. Saturday saw further difficulties with the car and a minor accident where the car tipped over on the track (no one was hurt). This effectively scuttled their 2013 Eco Marathon and Dr. Dungan pulled the plug early on Sunday, packing up and heading for home hours before the end of competition.

Before they headed from home I was able to sit down with them as a group on a hotel rooftop in the heart of Houston to talk about why they like MadSCI.

George Trujilo was one of the first members of the team when it started. A junior at University of Texas San Antonio, he currently serves as an advisor to the team. His participation in the program has fundamentally changed his views about alternative and renewable energy. In his words, “the more and more I do this project, the more I realize that the obstacle [to broad acceptance of renewable energy] is education.” He has changed his course of study from engineering to education and he hopes to work in programs like MadSCI in the future. David Castro and Ricardo Sanchez, members of the mechanical and electrical crews, respectively, both expressed their belief in renewable energy and a desire to work in the field. Most of the others expressed to me that MadSCI provided them something to pour their passion into, and gave them a shared sense of purpose and belonging.

Alumni of the program have attended some of the best universities in the country. In my conversations with Dr. Dungan he told me participating in MadSCI has given his students something to work for. His ultimate vision for the program is to go beyond solar cars and create a sustainability center – if it’s “green” they’ll do it. Funding is by far the biggest obstacle for MadSCI to overcome, which is a shame, because they deserve support. These are some very bright, very skilled, highly motivated young minds. Frankly, I was blown away by their commitment and abilities. With four months to go in my term of service, I hope to be able to help them find more support and to help the MadSCI program grow, thrive and continue to channel bright minds into fields of alternative energy.

Taylor is the first Energy Corps member to serve to NCAT’S San Antonio office. His duties revolve around helping the city of San Antonio become a “greener” city. He received my B.A. with a Major in American History from Dickinson College in May 2012. Taylor is an experienced blogger and in the summer 2011 interned at the Susan B. Anthony Birthplace Museum in Adams, MA, where he researched and wrote articles for the museum newsletter. 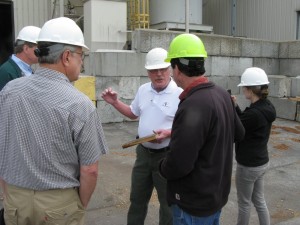 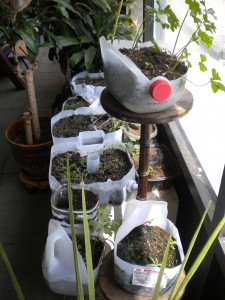