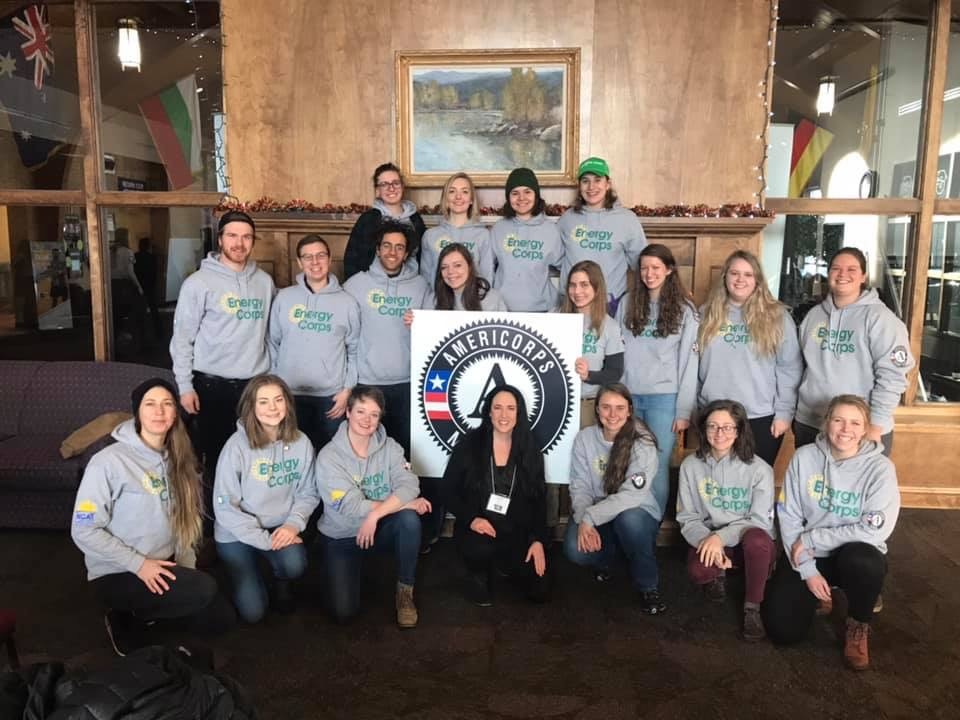 The Dichotomy of Independence and Community

Since moving out of my parents’ house to serve for AmeriCorps in Montana, finding long-term independence has been an overarching goal of mine, primarily in terms of financial stability as well as being able to hold a professional career through a gradual accumulation of knowledge and skills in the anthropological and/or environmental field. One of the questions I was asked during my interview for my current AmeriCorps position was if I was able to work independently and without much supervision. My response at the time had been a fleshed out, two minute-long “Yes,” recalling the independent research I conducted in Iceland along with all of the academic papers I did on my own for my undergraduate courses. I was eager to have the opportunity to utilize my research and writing skills from college for an AmeriCorps position and produce something worthwhile for the benefit of others. On orientation day, I was even more excited to find that I would be serving in a private office space—another self-interpreted sign of my future independence to come. All of this initial excitement, however, came before I began immersing myself in the complexities of the federal LIHEAP program; before I knew how many stakeholders at the local, state, and national level had to be considered; before I realized it would be halfway through my service and I would still find myself struggling in the “What am I even doing here?” vacuum.

I would like to think I’m aware of my limited range of knowledge, skills, and competency on the topics of sustainability, energy efficiency, and community organization; but as I continue to face doubts and roadblocks in my project, I’ve become increasingly aware that perhaps my level of knowledge prior to accepting the position may not have been sufficient enough to feel comfortable taking on an independent project of my own. As a result, the questions of doubt began stirring in my brain: Did I shoot myself in the foot during that interview by saying I had no problem executing an independent project all on my own? Have I been holding a false belief that I had enough experience working independently in and out of college to justify my qualifications for this position? Will I have to go back to school to further accumulate the skills and confidence to contribute something meaningful and effective for some fraction of the world? Do I need to move back home again and live dependently on my parents until I attempt the next move towards independence, repeating this cycle until something sticks?

There isn’t really room for me to spend much time dissecting each of these questions, as doing so would end up distracting me from my actual service. The second half of my term is underway, and recently I made the decision to take my project of integrating renewable energy initiatives into the federal Low Income Home Energy Assistance Program (LIHEAP) from a national endeavor, to a project specific to the state of Montana. When researching opportunities for LIHEAP state directors to integrate renewable energy initiatives for low-income households into their annual state plans, I found reports on states that introduced solar energy as an affordable alternative into their LIHEAP program, in which solar panels could be installed on individual rooftops, or be constructed as a larger array for entire communities to share, called community solar or solar gardens. Along with these reports, my supervisor has shared articles and email threads with me that focus on affordable renewable energy dialogue in the country, particularly with regard to solar energy’s role in low-income communities. Some comments from contributors have involved pushing back against individual rooftop installations in favor or utility-scale or community solar, arguing that it is cheaper for its users and is more impactful in the overall fight against climate change.

I liken this claim to what I’ve discovered about the value of independence versus the value of community during my service. Part of my decision to change directions in my service stemmed from a realization that the goals of my project aren’t likely to be met with only three months left of my service. Another factor was that while I’ve been busy developing a project meant to impact LIHEAP stakeholders across the country, most of my Energy Corps colleagues have been working on projects that focused on building resiliency and community sustainability within the state of Montana, and have been collaborating with one another on some of these projects. Narrowing my project to be focused within the state might offer the chance to work more closely with my colleagues, as well as provide the chance to make a more tangible difference by communicating with stakeholders in a closer range of contact. Already I’ve been making progress in this new direction, for when I recently reached out to energy experts in the NCAT office, I’ve been met with openness and a willingness to help me with my research by offering me contacts and advice for how to move forward.

In addition to my LIHEAP endeavors, I’ve been working on getting more involved in NCAT and Energy Corps projects around the Butte area. Perhaps if I were to invest myself in the community aspects of my service, it could make up for the challenges I’m facing with my independent project. For the past few weeks, the Energy Corps members in Butte have been meeting to discuss opportunities for planning community organizing events, such as workshops for upcycling and composting, Earth Day events, and outreach for the annual summer Sosten (Cornish for “sustenance”) festival hosted by NCAT in June. Outside of service hours, we’ll occasionally get together for group hikes, potluck dinners, or drinks at the local bar. While I don’t attend all of the get-togethers, I’m always invited to them, which says a lot about the kindness and openness of the AmeriCorps atmosphere.

As frustrating as it has been at times, and as much as I’ve been priding myself to maintain independence in my service and social life here in Butte, I’m finally starting to understand the value of community and not being afraid to be a part of one, even if it’s only temporary. Community is where you can set aside your personal troubles to serve with and for others for a common mission; where you go to share space with your fellow neighbor or coworker to laugh, complain, share stories, etc.; and where you go to ask for help—something my pride doesn’t often let me do. The AmeriCorps experience has been teaching me to value community as much as I value independence, and that I don’t have to fully achieve the latter before immersing myself in the former. Lastly, I’ve found that community and independence are not a mutually exclusive phenomena for a person’s development, and that in reaching out to my local community, I’ve been given more confidence to execute my independent project that will in turn go back to serving Montana communities. 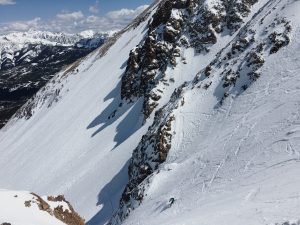 Where the Ski Bros at?

Where Are We Going With This?