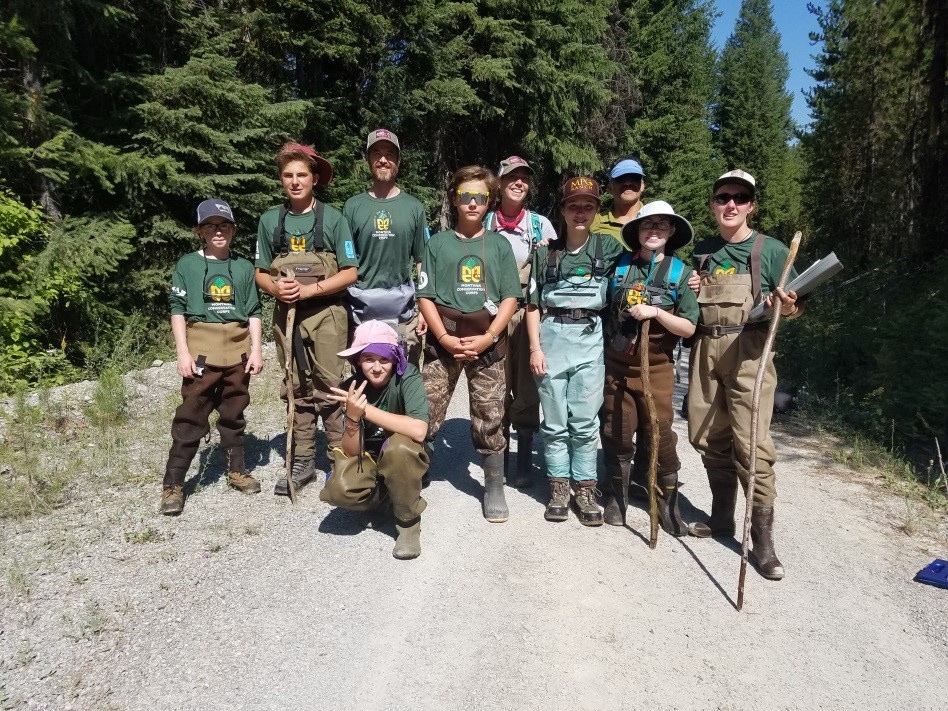 The Benefits of Getting Water in Your Waders

I spent this summer outside doing the most incredible job I’ve ever had.  I worked with amazing people, including over 30 middle schoolers on Lolo National Forest. My work was actually an AmeriCorps term as a youth crew leader for Montana Conservation Corps.  My task? To provide an outdoor experience for local students, while collecting citizen science data from the forest’s miles of streams and rivers. Our project partner,the Clark Fork Coalition, had charged us with identifying habitat where beaver were already living, as well as areas that would be a good place for beaver to move into.

How does one approach finding beaver?  Generally, by wading down stream to upstream (moving this way in waders is a major safety precaution!) in the most beautiful streams. Getting hot? Try cooling off in between trekking and bushwhacking by taking a seat in the stream , waders on and letting the water flow around you. We were able to truly immerse ourselves in the beaver’s world because of the waders but they were also our overarching struggle for the summer. We never had quite the right size, somebody always tore one, we had one pair of two left feet we kept forgetting to throw away and somebody always ended up wearing for 30 minutes before realizing. The other issue with the waders was how clumsy they made everybody. You might be fine walking on land but just wait until you get into some flowing water that hits you mid-calf and throw in some slippery, wobbly rocks while you’re at it.

We taught the students that came to us each week (for six days out in the woods) how to look for beaver signs, how to measure a stream for beaver suitability and how to camp out for days at a time.  I had always assumed that outdoor learning was more engaging for students but I had never had the chance to put it to the test and observe conservation education so thoroughly. Our kids learned an incredible amount just by being outside and immersed in a subject. Our crew members worked with science, math, social studies and art to master the task of collecting data. I can’t tell you how many times a crew member actually said “I’ve learned so much more here today than I ever do at school”…which may or may not be an exaggeration  but you understand the sentiment. They were allowed to create freely but also had to be accurate scientists with the data we were collecting.  Crew members gained confidence and skills as they soon were able to look at certain sections of a stream and could identify important elements of beaver habitat. They often formed their own recommendations, standing in a stream, how to make certain areas more attractive to beavers to get them to move in.

The hope was that we could find a few locations in the watershed suitable to put in beaver dam analogs, essentially man made beaver dams, which would help water retention and biodiversity (among many, many other things) and possibly beavers would even move in and make it their home. We accomplished that goal, I believe, and more. We ended up walking through 33 miles of stream and gathering more than 400 points of data. More than that, we DID find areas that had active beaver and areas that seemed like suitable habitat for them (we even saw one beaver!). This project was something that the Forest Service had been hoping to accomplish for a long time, they just needed the personnel.  This collaboration showed just how useful it can be to tap into the resource of citizen science. Middle schoolers were able to gather accurate and usable data that can be used in a variety of projects across disciplines.

My co-leaders and my constant refrain this summer was “Be careful in your waders!!!” and no matter how many times we said it, kids would inevitably be jumping around or splashing as much as they could, or going deeper than their hip waders came up to. After a long, hot day of walking around with waders on we would sometimes let the kids play around in the shallow streams we had been studying that day…and we would let them swamp their waders sometimes…just because it’s fun. Likewise, a project like this can have some hurdles, and you have to be incredibly organized with your time and training. But in the end, it’s worth the hard work, leaky waders and all.

Working at Clark Fork Coalition this term I am so excited and energized to see how other outdoor programming and learning can positively affect local students. I’ve already had the opportunity to attend a number of outdoor field days with a variety of age groups and I feel as though I am beginning to understand how to make a truly amazing conservation education program for students of all ages. It is so important to have these kids be able to relate what they are learning to the real world and outdoor education gives them a really clear answer to that. Even more important is allowing students to lead the learning, by asking questions and letting them explain to their classmates. 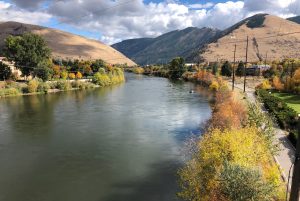 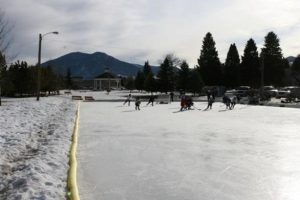