Read about Evan’s social media experience as an AmeriCorps member:

I’ve never been great at using social media. Sure, I have a Facebook and a Twitter account and I’ll occasionally post things on them but it’s hardly an everyday (or even weekly) thing for me. So, of course, one of the things that I would be asked to do in my service term is build and manage a social media campaign for Ouachita Electric Cooperative (OECC) (Find us on Facebook!)
To say that I was somewhat daunted by this task (and still am in many respects) would be an understatement. I had no clue where to even begin with something like this. What’s more, most of the social media campaigns that I’ve encountered on Facebook and such have done little more than annoy the heck out of me. In other words, I wasn’t particularly keen on making use of social media to begin with. But I could still recognize how strong of a force it has been in recent years and the potential that it offered as a way of connecting with OECC’s members.  So, I turned to my old friend Google and started doing some research. It didn’t take long for me to figure out what I didn’t want to do. Apart from being oftentimes blatantly tone deaf and offensive, what stuck out to me about many of the biggest failures in social media was their total failure to connect with the intended audience. They were clearly the result of a design by committee approach and lacked any kind of personal touch or engagement. When I looked at them I didn’t feel that were I to “like” or “follow” them that I would ever receive anything of value. Instead I felt like doing so would just result in a tidal wave of ads filling up my respective feeds.  By figuring out what had turned me off about previous campaigns, I was better able to know what I wanted my own to feel like. In a nutshell, I wanted it to be a conversation with the members who went through our energy efficiency program. Given that I’m not that creative then, it shouldn’t be too much of a surprise that I literally started doing just that. I began collecting the stories of individuals who have gone through the program as well as the stories of the people that are doing the work on their homes. It was my thinking that instead of using our presence online as just a way of marketing the energy efficiency program, we should use it to build trust in the program in the community.  Although it’s too early to say how effective this method has been, I know that there has been at least anecdotal evidence that the page has helped us to build the confidence needed for member’s to allow contractors into their homes. It’s my hope that as we continue to add more and more stories to the page, it will continue to grow that trust and confidence and expand the pool of members willing to receive HELP.

Evan Harper graduated from Austin College in Sherman, TX with a BA in Economics (Minor in Mathematics) in 2014, after spending a year at the London School of Economics. Prior to joining Energy Corps, Evan researched how power dynamics affect pollution rates. Evan is serving with the Ouachita Electric Cooperative Corporation (OECC) and the CCI HEAL Office at the Clinton Foundation in a program promoting improved energy efficiency through home energy retrofits and investments. 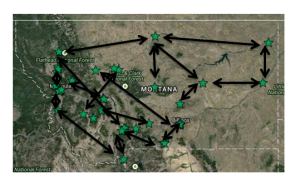 The Value of a Network 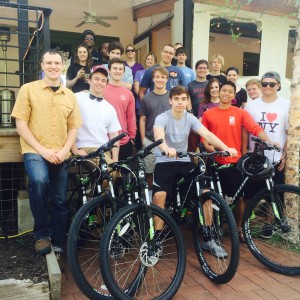