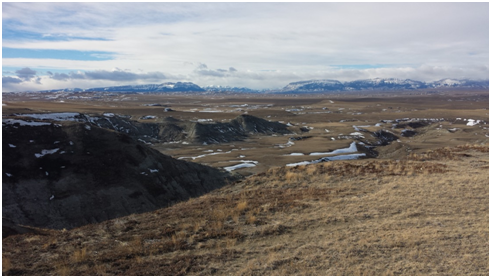 My time as Energy Corps member has been spent researching multiple sustainable energy saving methods via farming in the northern climate. Being in Butte Montana the growing season is pretty short and if you are going to extend the growing season it could lead to some costly and energy consuming practices. For example heating a greenhouse during winter will raise your energy bill unless you have the system connected to a source of renewable energy. That is after you spent excess amount of money to build a well-insulated greenhouse.
One of my projects involved looking into the costs and benefits of urban and vertical farming. Since we are in a northern climate urban farming is not much of an option. That leaves the concept of vertical farming. Vertical farming has been a growing trend for a while and hit mainstream when Dickson Despommier wrote an article called “The Rise of Vertical Farms” in 2009. His concept is focused more on creating city skyscrapers that are vertical farms fully operational on renewable energy sources. That is a concept for the future. Currently vertical farming has led to the innovation of growing in-doors in abandoned factories or newly renovated buildings. They grow food vertically with plant towers and using hydroponic and aquaponic systems. Some of these vertical farms are powered through renewable energy sources such as solar and biogas. The Plant in Chicago is a successful vertical farm venture that produces items via aquaponic systems and has plans for its 93,000 sq. ft. facility to install an anaerobic digester and a combined heat and power system to be completely off the grid. Using hydroponic and aquaponic farming methods you can save 60-95% water consumption compared to traditional farming. In addition using these types of growing methods in-doors you can double your yield in a smaller space than with traditional farming. We will be conducting a case study of a new vertical farming venture in Indiana called Blue Lotus, which will be using aquaponic techniques to grow tilapia and largemouth bass with traditional leafy greens, and other crops. Our hope here is that working alongside Justin Long and his start-up Blue Lotus we will have a clearer understanding of the energy dynamics with vertical farming in a northern climate.
During Martin Luther King Jr. Day our Energy Corps members had a great experience volunteering for the day and the entire week that followed weatherizing homes in Browning Montana. Browning is a town located in the heart of the Blackfeet nation a Native American Reservation. The weatherization included changing or replacing faucet aerators, shower heads which had a lower water gallon per minute than most operating aerators. This helps families save a little on water and requires less energy to heat the water.

We also installed window plastic over drafty windows to create a thermal boundary and trap more heat inside the home. Another task we did was to put weather stripping around their doors to prevent cold air entering the door ways. Every home we went to welcomed us with open arms and very congenial with us as strangers working in their homes. They were more appreciative than anything because they knew we were there to help save energy and heat in their homes. Some families would open up and share some fascinating stories about their lives, culture, and tradition. I would recommend anyone to check out this Native American Reservation.

Seth Marsala-Bell received his Master’s of Sustainable Development Practice from the University of Florida. He also has a B.A. in Anthropology from the University of Florida. He has worked with peasant farmers in Columbia studying their farming adaptation to climate change; food security; and the roles of men and women in agricultural production. Seth is serving at NCAT this year, researching energy inputs and outputs of hoop houses, building based agriculture energy implications, among other projects. 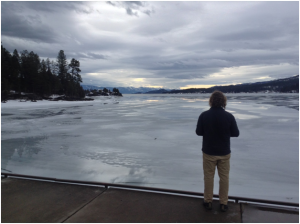 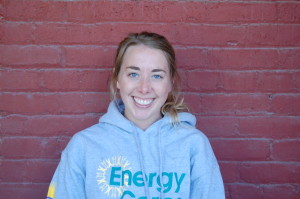