Almost a half year has gone by working as a Montana Energy Corps member and it feels like I’m running into new challenges. With each project I start at the City of Missoula, I am continuously exposed to new ideas and concepts. Weather it is learning a new energy bench marking tool, facilitating public meetings, or writing policies, nothing seems to come without a large learning curve.

But looking past all of these new learning challenges, some great things have come from these projects. After several weeks of volleying a Zero Waste Policy from my computer to the head of the Missoula Parks and Recreation board, we finally worked out the kinks in a draft that could be presented to the entire Parks and Recreation board. For some reason I expected there to be some sort of argument and defending of the policy during the voting session.

I was pleasantly surprised that after only a few questions, the Board voted on the policy and adopted it unanimously. It was a great feeling to know that something I had created would change the way the Missoula Parks and Recreation Department operates. The policy would affect not only the way waste is collected (such as a coordinated waste can system), but would also impact vendor agreements, park signage, education programs, and park maintenance.

Besides the Zero Waste Policy for the Parks and Recreation Department, I have also been working closely with fellow Energy Corps Member Alexa Holiday to create a Zero Waste Program for not only the City of Missoula, but also the Community of Missoula as a whole. The layers of work that have gone into this have been impressive. From networking and meeting business owners that are interested in the plan, planning an advisory committee, planning and facilitating public listening sessions, creating a website, performing public outreach through media outlets, and working at the Big Sky Documentary Film Festival to promote the Public Listening sessions, it has all taken a little more work that I was expecting.

But with each new task that is completed, a feeling of reassurance is felt as positive feedback comes from all parties that we are interacting with. While some people don’t think it is a realistic goal to make the Community of Missoula reduce its waste stream by 90% by 2050, we are always encouraged to keep trying and that it would be great if we are successful.

Another major objective of my work with the City of Missoula is to develop an energy benchmarking system to track the energy used by our municipal buildings. This started out by looking at hundreds of energy bills and entering data into a spread sheet. This unexpectedly led to connecting with new partners who work at the New Building Institute. With their help, we will incorporate all of our data into a larger benchmarking tool (Energy Star Portfolio Manager) and the New Building Institute’s own benchmarking tool. With these tools, the City of Missoula will be able to tell how their building use energy compared to buildings across the United States, and potentially around the world.

While all of this at times has been stressful, I keep reminding myself to press forward and work around road blocks. My supervisor has been great and accommodating to my changing schedule, and is always supportive. While some of these tasks may seem like they are never ending and may fail at times, I have to remember that things will work out if you let them. Sean Doty attended the University of Montana where he earned a bachelor’s degree in the Environmental Studies program with a focus area in energy conservation. Sean also earned an associates of applied science degree, a certificate of applied science, a professional certificate in recycling technology, and a professional certificate in home energy auditing through the University of Montana’s Applied Computing and Engineering Technology program at the College of Technology. Before joining the Energy Corps, Sean was employed with an environmental consulting company. There he worked on stream bank stabilization and erosion control mitigation. He will help implement the City of Missoula’s Zero-Waste resolution that was developed in the spring of 2016 and other municipal energy conservation programs. 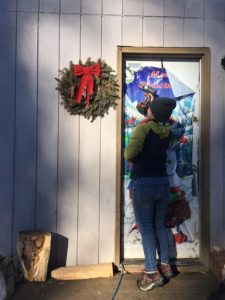 MLK National Day of Service and the AmeriCorps Pledge 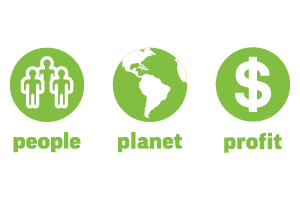 Using the Triple Bottom Line in a Conservative Community