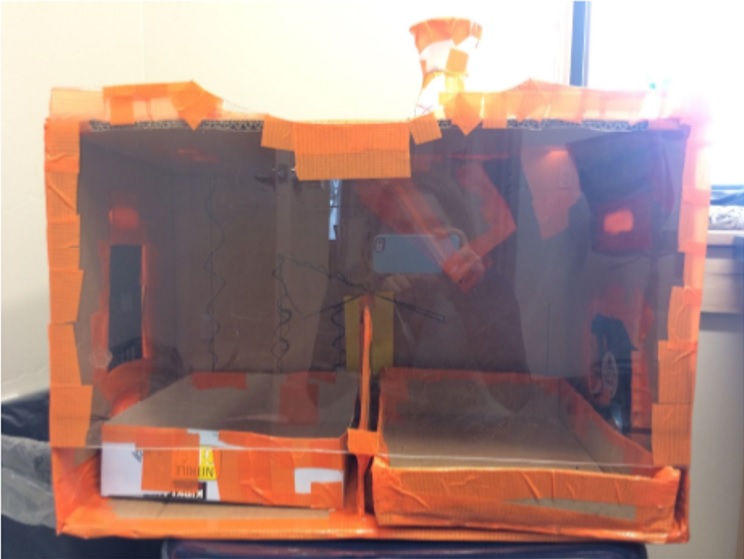 As someone who spends most of my time sitting in an office trying to push incremental sustainability initiatives through a slow-moving government, it can be refreshing to remember that the younger generation is as excited about sustainability as the older generation is uncertain. And nowhere was this excitement more visible than at the Kalispell Maker Faire, where I had the opportunity to demo a seed cleaning machine designed and built by a Whitefish Independent High School student.

Seed cleaners are low-tech, easy-to-make “machines” that can quickly separate large quantities of tiny seeds from large amounts of chaff using nothing more than a computer fan, a bit of screen, and lots of cardboard. Although the idea is simple, there are many elements of their design that can be tweaked and modified to optimize seed and chaff separation. And after building a demonstration seed cleaner at the end of our seed saving program at the Center for Sustainability & Entrepreneurship last fall, my supervisor and I realized that it could be a great project for high schoolers looking to learn more about physics, design, and sustainable farming. A group of Independent High School students took up the challenge, each starting off with a cardboard box and ending up with a completely different design. Each one worked differently, and getting to test them and watch chaff fly into the air as clean seeds showered down into collection baskets (or sometimes all over the table) was exciting and hilarious for everyone. To reward the student with the best model, we brought her seed cleaner with us to the Maker Faire and showed it off to hundreds of younger students.

When we first arrived, I was immediately surprised by the groups in attendance. Having grown up in Silicon Valley, every Maker Faire I’d ever been to focused almost exclusively on computer-based projects, with most exhibits championing robotics, coding, and engineering. But in true Montana fashion, the Kalispell Maker Faire was completely different. There were plenty of high-tech booths, but there was also a large contingent of “makers” who were setting up spinning wheels, laying out displays of hand-made stone tools, and performing live woodworking demonstrations. It was wonderful to see that the kids visiting the fair would be exposed not only to 21st century “making,” but also to methods of achieving sustainable self-sufficiency that are rarely taught anymore. At first, I was a little worried that no one would be interested in our seed cleaner. After all, how could a box covered in duct tape with a little fan on the side compete with tabletop robots or someone chiseling a razor-sharp flint arrowhead? But almost every student who passed by was drawn to our odd-looking contraption, and I watched face after face light up with excitement when I pulled out the tray of completely clean seeds to show them. Many of them already understood the importance of seed-saving—something I hadn’t expected—and even the ones that hadn’t heard of it quickly pulled their parents over, exclaiming that they wanted to build their own seed cleaner and save seeds from their garden this year.

All of us in Energy Corps understand the value of outreach and education. We’ve been told again and again that children are the future, that they’re the ones who will be forced to live with the problems that our generation and all the generations before ours have created. We know what faces them: mountains of trash, overheated and polluted waterways, desertification and massive storms and endless wildfires. But there’s something uniquely comforting about seeing middle schoolers equally excited about tabletop looms, organic gardening, and robots that can open doors. It gives me hope that society can move towards a future based not just on greenwashing and incremental gains, but on a true mindset of sustainability and equity drawing on lessons from both the present and the past.

My Commitment to America 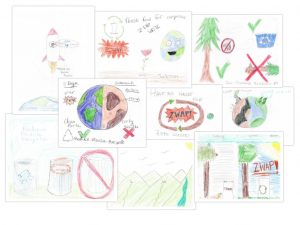 Sometimes I Need a Reminder