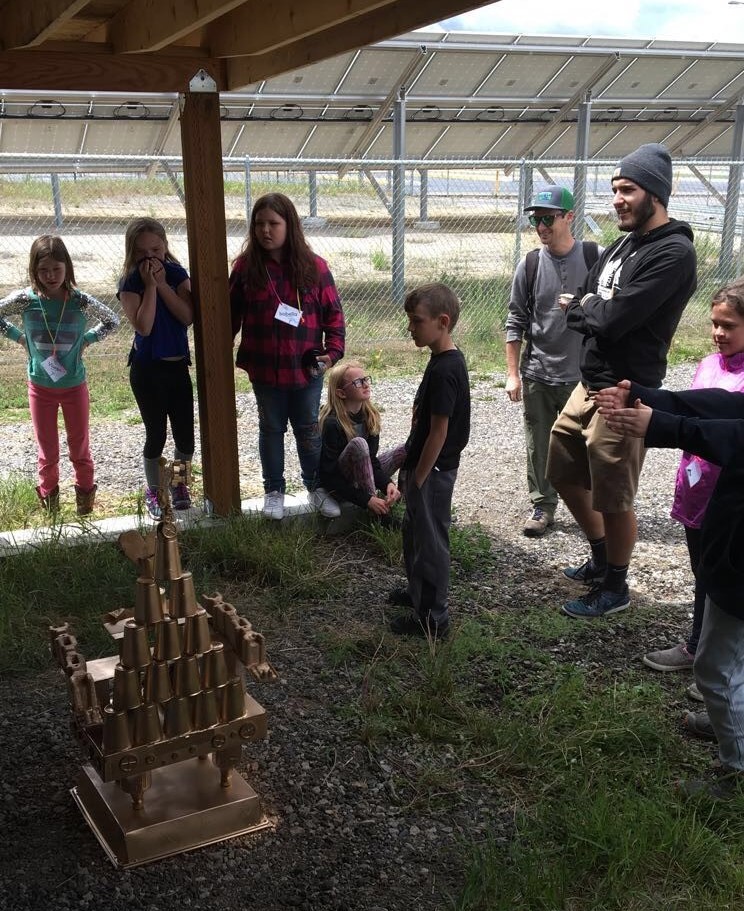 This past month has been very busy, but a highlight of my service. At the end of June, I helped organize and implement a three day Summer Science Camp at the National Center for Appropriate Technology. We surpassed our registration cap of 20 and had a total of 23 campers ranging from 3rd-6th grade attend camp. Each day had a theme where they would learn about the overarching topic through interactive presentations, games, and activities. The first day was Big Soil Day where campers learned about soil, native plants, and bugs. The second day was the 3-R’s Day where we learned about recycling, waste, and Butte’s tap water vs bottled water. The last day was split between learning about renewable energy and the final Energy Olympics where campers competed in a series of games. One of the camp-favorite activities was making “trash trophies” which was introduced to us by Heather Leach, the Energy Corps member with Clark Fork Coalition. The campers used trash they had picked up around NCAT and turned it into a trophy. The trophies turned out great and were displayed at the Art Walk in Butte and will be displayed through August at the Butte Public Library.  It warmed my heart to hear some of the campers say it had been the best camp ever and they were excited for next year’s camp.

After camp, I helped organize volunteers for the Montana Folk Festival to promote Butte’s tap water and encourage residents to take back the tap and ditch plastic water bottles. There were five water refill stations throughout the festival, all providing Butte’s finest tap water. We created Take Back the Tap materials that were displayed on the refill stations that had information about our tap water and why it was important to reduce single plastic use. The stations were popular and garnished a lot of traffic – especially during the hottest parts of the day were people were eager to drink some water. When I spoke with fest-goers about our tap water, most had no idea that our water is some of the cleanest water in the state. We also asked fest-goers to take a pledge to drink more tap water, reduce their plastic bottle waste, or anything sustainability related. Over the course of the festival, we had over 500 pledges from folks wanting to be more sustainable and drink more tap water. I also loved hearing all the positive feedback about the water refill stations at the festival and am happy I was able to be a part of it!

As the last month of my term approaches, I am helping with recruitment for the next term. I have had many fond experiences during my time with Energy Corps and am excited to talk with future members about the program and the benefits of serving an AmeriCorps term. 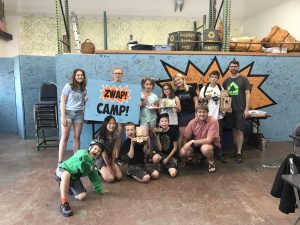 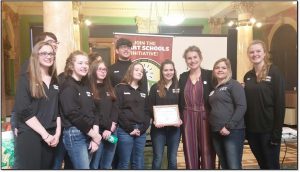