HEMP: A Lost History and the Key to Sustainable Living

Change is a certain degree of shift in one’s life. That same change I was going through when I immigrated from India to the United States of America. Coming from a social work background I was looking for opportunities across the states to see where I could harness my knowledge and use of my social skills with communities. Working with Tribal communities back in India made me question if I was able to utilize those skills with the Tribal Reservations in Montana. NCAT (National Center for Appropriate Technology) gave me this opportunity to serve as an Energy Corps member with an organization called Opportunity Link in Havre, Montana, where they work with three Indian Reservations known as Blackfeet, Rocky Boy and Fort Belknap.

My second week in Havre, Opportunity Link was partnering with RCAC (Rural Community Assistance Corporation) in a workshop to build the rural economy. The workshop focused on the community needs and assisting them to understand the value chain models which can be used to start an entrepreneurial business or social enterprise. Building the communities confidence in creating innovative or existing ideas into solutions for their issues. Everyone would have to have a strategy in place, at the same time building a trusting relationship by creating a vision for an individual thus creating an action plan for his/her idea.

Another workshop I attended was conducted by RCAC and known as the Start, Grow, Revive your business which shared similar activities as ROCE (Recharge Our Community Economy). This was more focused on individuals who wanted to have their own sustainable business with the intention of creating a market for their community as well. The idea of buying local was introduced. So each individual in the community plays a vital role in supporting each other but in turn helping the local tribal economy to be sustainable and resilient. One of the many participants in the workshop named Jason had a brilliant idea to grow hemp. Before anyone of you starts thinking about Cannabis, let me get your “high hopes” back on the ground. Let me start by stating the difference between Hemp and Marijuana. Industrial hemp and marijuana are varieties of the same plant, Cannabis sativa L., that have developed due to selective breeding. The plant family Cannabaceae contains both industrial hemp and marijuana, also includes the hops plant which is used in the brewing process. By both federal and state law, hemp should contain less than 0.3% THC (tetrahydrocannabinol) on a dry weight basis.

Hemp has accompanied humans from their earliest industrial endeavours. It is now several thousand years since humans transformed hemp into serviceable products, and for a long time, hemp was one of our most important commodities and was recognized as such. And then, little by little, it fell into disuse, becoming a statistical non-entity and eventually just a word in our dictionaries. In the past, hemp has known both highs and lows, and it is possible that, like the phoenix from the ashes, it is now making a comeback. My fascination with Hemp grew immensely, not because of the CBD oil which is processed on large-scale industrial bases for its non-psychoactive properties to treat various mental health issues like medicinal marijuana, but the use of industrial hemp for its fuel, paper, fabric and plastics as an alternative to our current use of resources. If we talk about sustainability, reducing our waste, consumption of energy and water, hemp might be the way to combat these issues with its various applications of the by-product. Before cotton, hemp was a leading textile crop. The discovery of other fibers like cotton and synthetics forced hemp off the world view and into a more niche market however, it creates a much more sustainable product than other materials. Hemp is a plant that grows very rapidly, faster than weeds in fact, and does not require pesticides. Its fibers can be used to create several different woven textiles, which are then processed to create different value-added products ranging from apparel to insulation. There are social as well as environmental benefits in many hemp products, but specifically, the durability of hemp is relevant in textiles.

While I engaged with the communities one of the concerns they had was with housing on the reservation. Most of the houses were getting old and the cost to repair the old ones didn’t seem to be worth spending on. My supervisor thought about using hemp to make Hempcrete to build affordable and sustainable housing for the tribal reservations. The tribes would grow their own crop on the land in abundance, while also having a processing unit under them to create the product they want to cater to. I researched on Hempcrete which stoked me about how efficient and useful it is in making construction materials that are known as Hempcrete. Making hempcrete is also easy since it only requires three main raw materials to make it. The hemp hurds, a binder, usually lime (natural hydraulic lime), and water. Once they are mixed together, they can be casted onto a wooden or a metal frame and then poured into the frame. After they are completly dried (4-6 weeks) they can be layered with plastering or paneling.

If the community can build sustainable houses for themselves with Hempcrete, the same hemp hurd waste would be used to power their houses or generating extra energy, in turn using the crop to its full potential. This could also curb the problem towards the youth not being able to afford suitable housing in and around the reservation, but also retaining them for employment thus providing opportunities for sustainable living as a viable option. Members of the community think if the leaders are brave enough to jump into this new crop it could be a game changer for them, and they could be the first ones to be leading in this billion-dollar industry. Tribal communities being a sovereign nation want their independence. It is their belief system of being independent and being self-sufficient simultaneously focusing on sustainable living as the way to go. 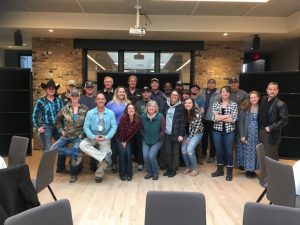 What is Armed to Farm? 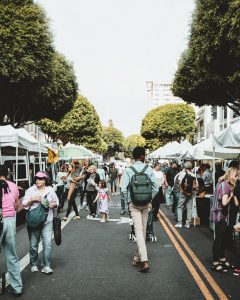 A Summer Filled of Fun