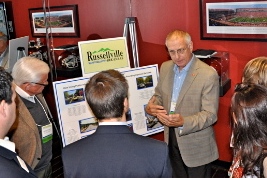 Growing a Movement, One City at a Time

There’s a hum in the air when good ideas are spreading.  People seem to smile more, talk more, and even crack a few jokes.  When people are engaged and excited by an idea, it’s very hard not to notice.  At the Sustainable Communities Leadership Summit in North Little Rock, over two hundred participants from Arkansas and neighboring states packed into conference rooms to learn and share strategies on how to make cities more thrivable.

Keynote speaker Jean Russell claimed that there was a key philosophical difference between sustainability and thrivability.  Sustainability merely focuses on surviving and reducing waste.  The thrivability movement proposes going even further by incorporating social justice and prosperity measures into our concept of sustainability.  We at the Applied Sustainability Center wanted to encourage Arkansas city leaders to implement sustainable tools and policies that would create economically prosperous, as well as healthier cities.

I think many people assume that environmental change has to happen at a national level in order to have an impact. At the summit, the Sustainable City Showcase featured cities that were not waiting around for the federal and state government to set policy precedents.  The City of Arkadelphia was the first in the state to use duckweed ponds for wastewater treatment plants, while the City of Searcy uses its Energy Smart program to encourage energy conservation throughout the community.  Remarkably, the City of DeWitt, which has a population just over 3,000, is setting up a mini-biofuels refinery and converting waste cooking oil into biodiesel.

Ultimately, we tried to make the summit as useful as possible to city leaders by dividing our breakout sessions into four education tracks: water, rural sustainability, energy, and health and fitness.  All sessions were designed to address funding issues and give practical examples of what people are doing in the region.  Topics varied from the role of climate change in Arkansas and river restoration projects, to renovating multifamily housing units and converting landfill gas to electricity.  We hosted a second, optional day of field trips that allowed people to see first-hand the sustainability efforts implemented by North Little Rock, including a city walkability audit and a tour of an old orphanage that was converted into an urban farm.

As an Energy Corps member, I was inspired to see so many examples of local pride and innovative thinking.  I think the conference showed many Arkansas cities that they weren’t standing alone in their sustainability efforts, and showed others that they could be doing even more to create a thrivable economy.  I’m excited to see what projects our cities will present at next year’s conference.  As Margaret Mead once said, “Never doubt that a small group of thoughtful, committed citizens can change the world.”  Or Arkansas, for starters.

Elana Harrison is a recent graduate of Hendrix college with a major in International Relations and a Minor in German. She discovered a love for environmental policy while working with the Sierra Club’s Beyond Coal Campaign. She also worked as an intern with the Arkansas Public Policy Panel, where she tracked environmental, energy, and water-related policy during the 2013 session. Eland will be placed at the University of Arkansas’s Applied Sustainability Center, working on creating Energy Scorecards for municipalities around the state. She will work with eight cities in Arkansas to assist with strategic energy planning as well as energy outreach and education. 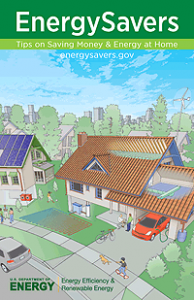