Grow Your Own Woodchips Update!

Gary Musgrave is serving with Penn State Extension, Westmorland, studying market and pricing barriers in the bio-fuel industry.  Here’s an update on the Grow Your Own Woodchips initiative he describes in his March 4th blog:

Exciting doings here at the Extension office these days!  We are now working on a detailed, “grow your own woodchips” proposal for Saint Vincent’s College.

The background is that the college will soon replace their aging coal boilers that provide some of the space heating, domestic hot water and cooking energy for the college.  There has been a feasibility study commissioned to evaluate replacement of the coal boilers with wood chip (biomass) boilers and the initial findings of the engineering firm indicate that such a change could be done without undue (read expensive) changes to the existing physical plant. Great first step!  Not only that, I addressed the possibility of such a process with the college during a meeting a few months ago and they mentioned it to the feasibility study folks as something they were thinking about!

My proposal (for the college to grow at least some of the needed wood chips on their property), which is presently out for comment from the Penn State and the NEWBio worlds, came in at about $25 per ton. Market price for wood chips is in the $50 per ton range, so $25 is great if the review indicates that there are no holes in my analysis.  Also though, the Shrub Willow Biomass Producer’s Handbook, page 5, bottom, (http://www.esf.edu/willow/documents/ProducersHandbook.pdf) indicates that there may be incentives of up to $19 per ton for biomass production as well as some additional subsidies for the establishment of the biomass crop.  This could make the “grow your own” proposal an economic slam dunk in addition to it being appealing on both the green energy and energy independence scores.

First responses to the draft proposal reduced both the energy per pound of the willow chips and the yield per acre.  It seems that incentives will be even more important than originally thought.  Revisions, revisions, revisions; exactly what I expected when I started this process.  Hopefully the college will have some of their own (philosophical) reasons for growing willow on their property!  Perhaps incentives will make the entire process more palatable to the college.  On with the revisions!

Gary Musgrave is a native of southwestern PA. A graduate of Carnegie Mellon University and The George Washington University, Gary spent ten years in the Army Corps of Engineers stationed in Virginia and Germany and then 28 years with the local electric utility.  Most recently, he worked in Energy Efficiency and Conservation and found it interesting and particularly worthwhile since a conserved kilowatt-hour is best both for the environment and the wallet.  He is presently assisting with the establishment of a biomass co-firing project at a nearby combined heat and power facility and improving the compensation of photo-voltaic system owners by pursuing capacity payments from the electric grid system operator. 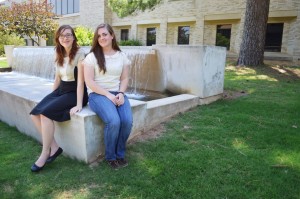