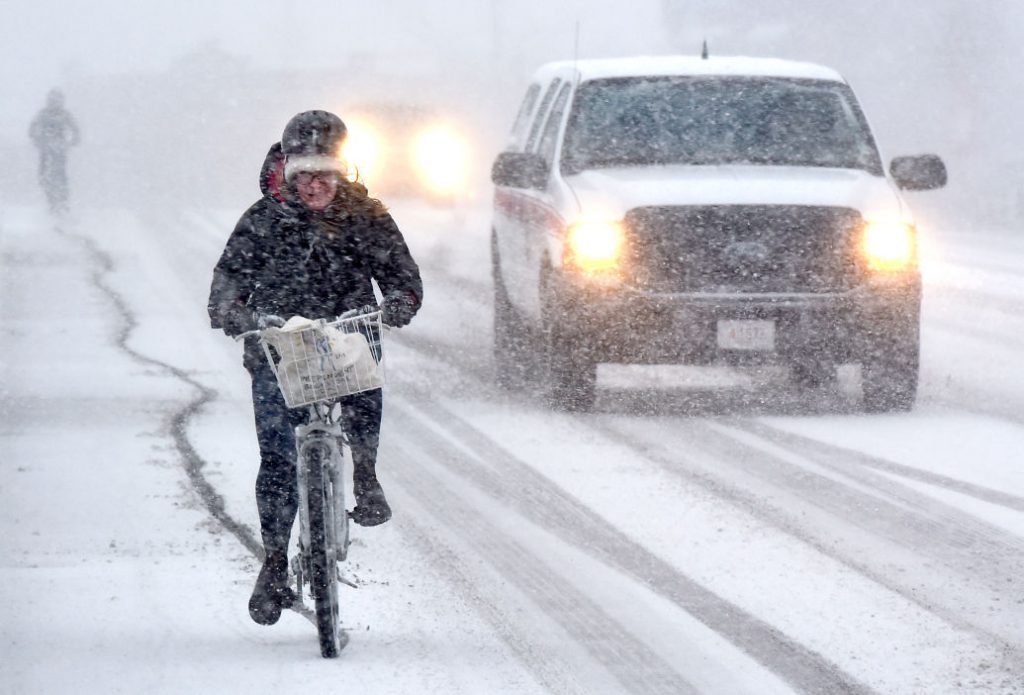 Ain’t Easy Being Green When it’s 10 Degrees Outside

Winter in Montana can be brutal. This year, the cold and dark seemed to bide its time with frost in the morning and slush in the afternoon. Just as the holidays were starting, however, real winter reared its head. I woke up this morning with several inches of snow, bitterly frozen toes and fingers, and a layer of ice over the layer of snow over the layer of ice in my alleyway.

What does that mean for sustainability and green practices in Missoula’s major institutions? At both St. Patrick Hospital and the University of Montana, attitudes towards “green” changes significantly with the weather. It is difficult to convince your peers to turn off their space heaters and put on a sweater. It is a challenge to convince your students to bundle up and get on their bikes when they have a warm car to drive in.  It feels rude, in fact, to step into nursing units and boast about new recycling signs when their patients and families are about to spend Christmas in the hospital.

What’s needed in the winter in Montana is a bit of perspective, to remind yourself both of how important sustainable practices are, and why other people might be disengaged during one of the most stressful times of year.

I learned this lesson from the ongoing launch of a Green Office Program at the University. So far, ten departments have attended orientation and committed to more environmentally friendly practices in their work spaces. The program gives the offices asks – such as more conscientious use of lights, heating, and electricity. In order to reduce energy use, we asked that staff and faculty turn off their computers and monitors at the end of the work day. I created, printed, and laminated “workstation shutdown checklists,” and gave them out at orientation to be hung up where everyone can see them.

Almost immediately, we received feedback from a Green Office that their IT department was furious about the workstation checklist. It is important to know that the University’s IT is currently decentralized, so most departments have their own local staff, policies and procedures. It turns out, this particular IT puts out computer updates after hours, so they require that all staff computers be left on all night. After some research, I found that most universities that have a Green program have a central IT department with which they have worked out creative solutions (such as updating on the same night every week so that computers can be turned off the other nights). That is not an option at UM.

Trying to find a solution to this issue, my inquiries were all met with the same message: “I am out of the office until __/__, I will reply to your message as soon as….”

This was frustrating, because I was under a sense of urgency. The next Green Office orientation was scheduled for January 7th (I write this on the 2nd), and I needed to have answers about this issue, fix the checklist, get it updated on the website, etcetera, before facing another group of departments. Oh, why can’t they just check their email real quick to help me help UM get green! Don’t they care?

Of course people care, but a solution to something like this is going to be complicated, and take a re-write of policy and procedure that will need input and feedback from tech departments across a large university system. Leading, hopefully, to a campus wide policy for more green practices of energy use.

In the meantime, my office was cold. It was getting that deep dark outside. My fiancé was waiting for me to come home, texting options for dinner. We both went right to work after New Year’s, and had not yet had a chance to properly celebrate.

The obvious solution to the workstation shutdown is to put computers into Sleep Mode (on PC) and Energy Saver Mode (on Mac). It doesn’t save nearly as much energy, but with monitors off, and appliances unplugged, the heat turned down, and lights on motion sensor, it is certainly better than nothing. In fact, during the long dark winter, it is plenty. We will see what progress can be made when everyone returns from their needed time away.

The lesson I am trying to learn is that sometime you have to go into “sleep mode” with these service projects, and understand where the rest of society is around you. Each step forward can be complicated, and needs to be made with a little bit of care and perspective.

Just like each step on the ice covered snow over ice in the alleyway. 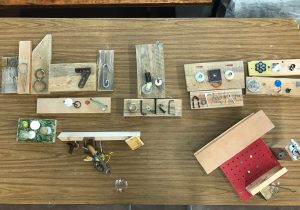 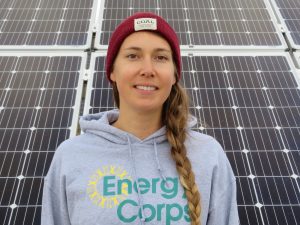 Life as an Energy Corps Member