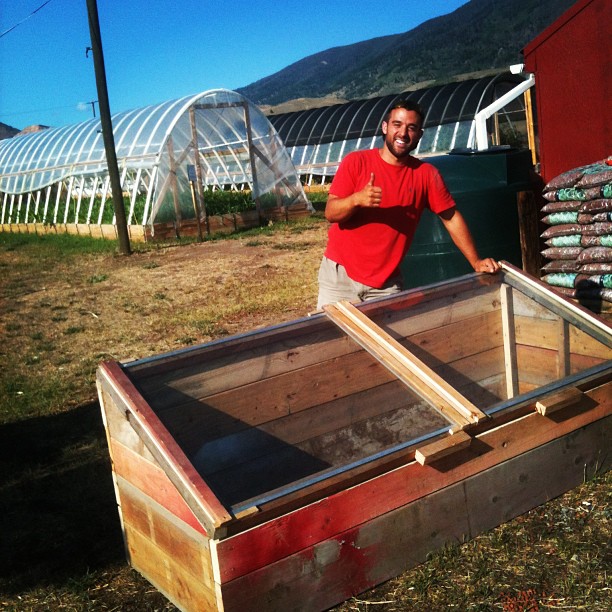 A Year of Personal Growth

Michael Daniel writes about his varied experiences during his first few months of service at NCAT in Butte, MT:

So far in my term of service I have not only learned how to grow different crops in a sustainable manner, but I have personally grown as well.  The Small-Scale-Intensive Farm (SIFT) training program here at the National Center for Appropriate Technology has taught me so much about: cultivating, planting and harvesting various crops in an area that traditionally has poor soils. I have been fortunate enough to talk to members of the community about how they can do the same.  Beyond the SIFT farm, Energy Corps has given me the opportunity to serve this community in various other ways such as: installing weatherization kits and educating people about how to keep their house tighter in the winter, volunteering to clean and prepare fresh produce at the local food bank for September 11th day of service, and helping with the third annual Clean Energy Fair, an event in which I was privileged enough to meet our Governor, Mr. Steve Bullock.

Part of my outreach started with an old hay wagon.  This hay wagon certainly became a much more valuable tool than I originally anticipated.  In the past, produce from the SIFT farm has been carefully prepared and transported to the local farmers market.  This did work, although another idea was developed regarding the construction of a farm stand directly on the NCAT property.  So we did just that and the stand worked out wonderfully.  Not only was this much more efficient because it required significantly less travel, but it also gave our program a lot of exposure.  Each week we gained more and more popularity, a crowd of people began to gather around us each Thursday at 4 o’ clock when we started setting up the farm stand.  People asked “Where is this stuff grown?” We would point directly behind the building and say “It doesn’t get much more local than this”.  People were occasionally surprised by this, as they began to tell us about the struggles they have had on their own gardens or farms.  This provided us the opportunity to explain to them that this is a demonstration farm, and they are welcome to come by at any time!  This also allowed us to inform people about various workshops one of our NCAT program specialists, Zoe Carlberg, held on a monthly basis.  These workshops, specifically a workshop on season extension, gave me the opportunity to build my very first cold frame (a transparent-roofed enclosure used to extend the growing season).

In my previous blog I spoke about biochar, and what it can do for soil improvement.  I have really taken time to not only familiarize myself with, but to fully understand biochar and what exactly makes it a great soil amendment.  The basic functions of biochar include: water absorption, nutrient absorption, create homes for healthy microorganisms, aerate soil, build soil carbons, and break up clay.  I have been working on the design and construction of a kiln in order to produce it.  Construction is officially underway!  I have spent time cutting, shaping, and preparing to weld 55 gallon barrels in order to add two together and expand the circumference.  Another 55 gallon barrel will be placed inside of this portion to act as an oxygen limited retort.  Very soon, I will be gathering bricks to begin the masonry portion. As this project progresses, I am looking forward to reaching out to local community groups and various classes K-12th.  Once the kiln has been constructed, I plan on holding workshops here at NCAT.  I am excited to give groups hands on experience on how to fire the kiln.

Through different experiences, I have already been able to educate various members of the community on what I have learned so far in my term of service and previous education.  I have been able to help show kids how to plant, harvest, and clean produce.  Also, while installing weatherization kits in people’s homes, I have been able to talk to them about how to keep their home tighter to help stay warm during harsh winters.  This community has been so advantageous for my personal growth, and I am very excited to further give back and serve them to the best of my ability!

Michael Daniel has a bachelor’s degree in appropriate technology from Appalachian State University in Boone, NC. He has experience in building greenhouses and working at a wind power demonstration site on Beech Mountain, NC. During his Energy Corps term, Mike will develop infrastructure and growing systems on a demonstration farm in addition to providing renewable energy education to local schools. His work will also consist of researching, designing, and installing of renewable energy systems to service green houses. 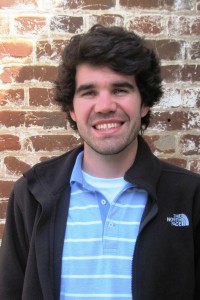